I was in Haiti, sitting in the back of a small Toyota truck, called a Tap Tap, as it swung around the switchback corners of a climbing mountain road, exhausted after 26 hours of travel, just hoping I wouldn’t fly out the space where the tailgate should have been securely fastened, but was missing. 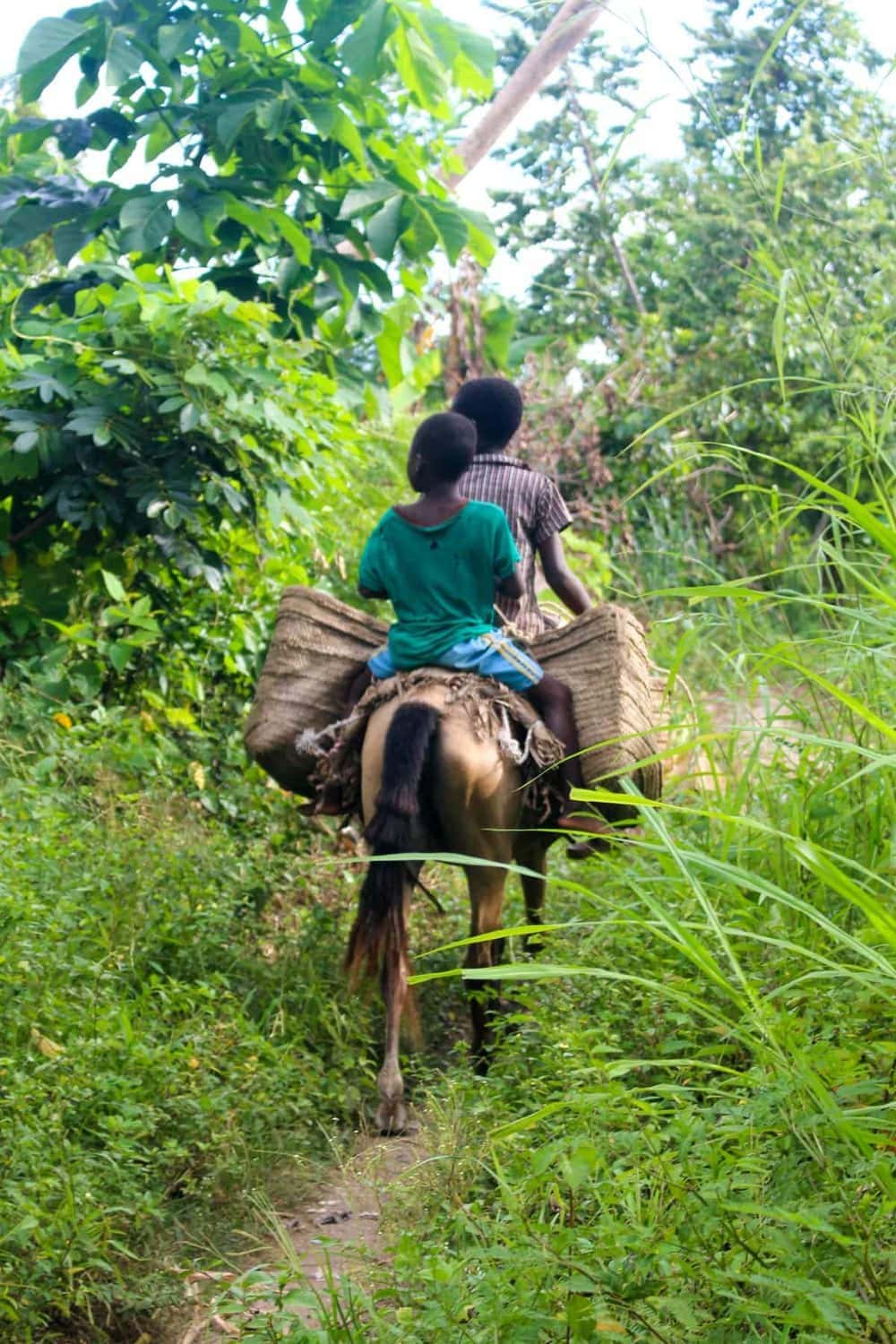 It is in the strangest of moments that we tend to contemplate life, but there in the bed of a pickup truck, in the poorest country in the Western Hemisphere, I found myself pondering away, and was reminded of one of my favorite quotes that has always rung truer than true:

Recently, I had been smack dab in what felt like an eternal stretch of banal existence. Nothing was happening and life was slowly slipping by. Those times are filled with their own challenges – midlife crises rampant with questions of  “what am I doing with my life?” But this is not one of those stories. This is a story of everything happening all at once. But, before we can get to the barrage of everything-ness, we have to backtrack a few months to my own personal crisis of nothingness. 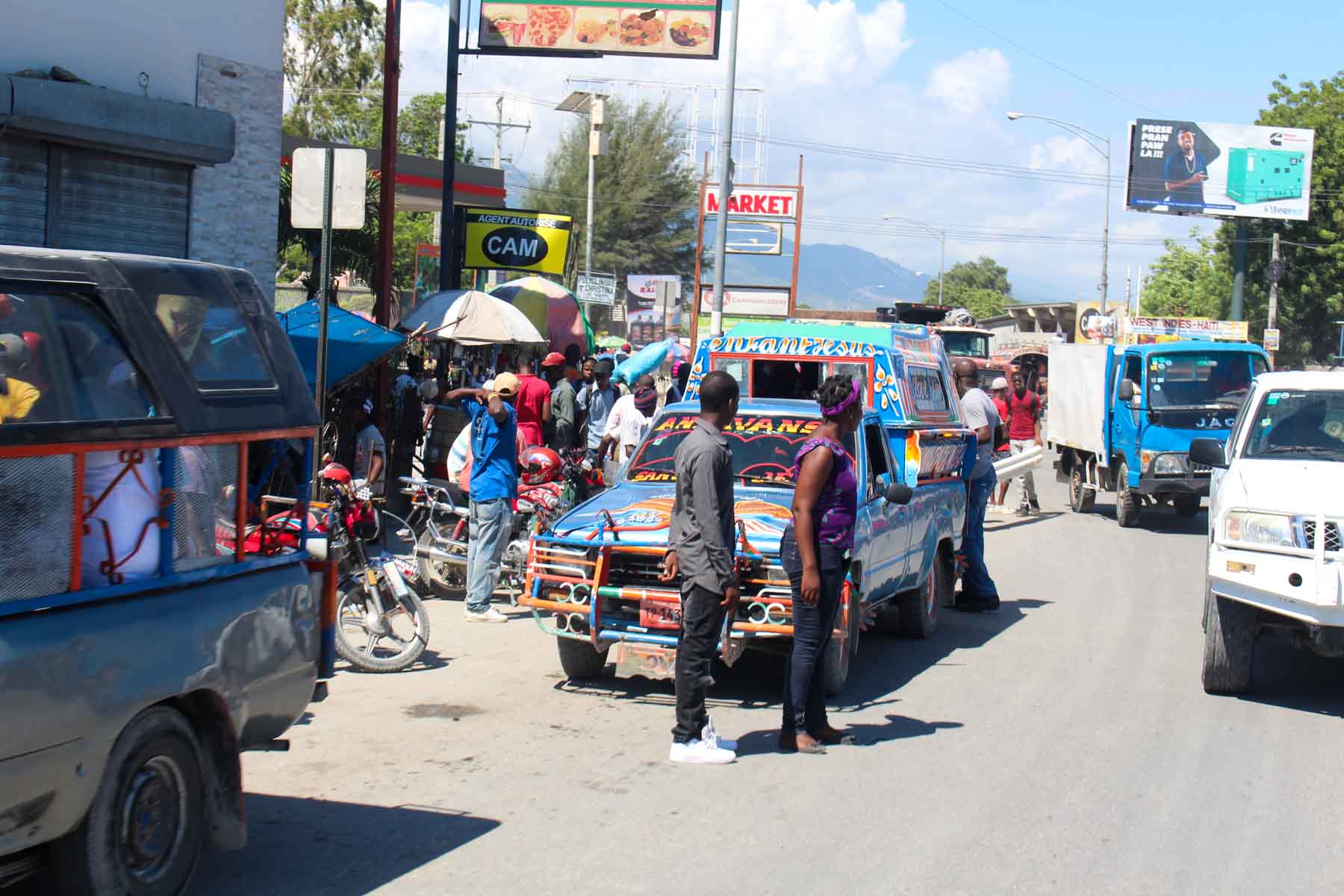 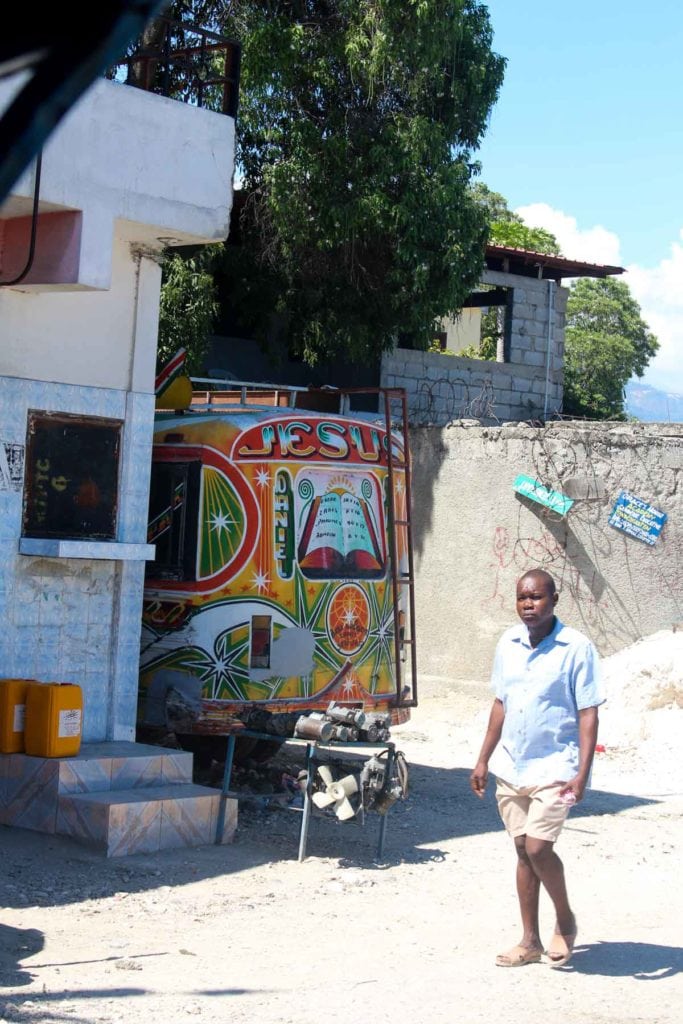 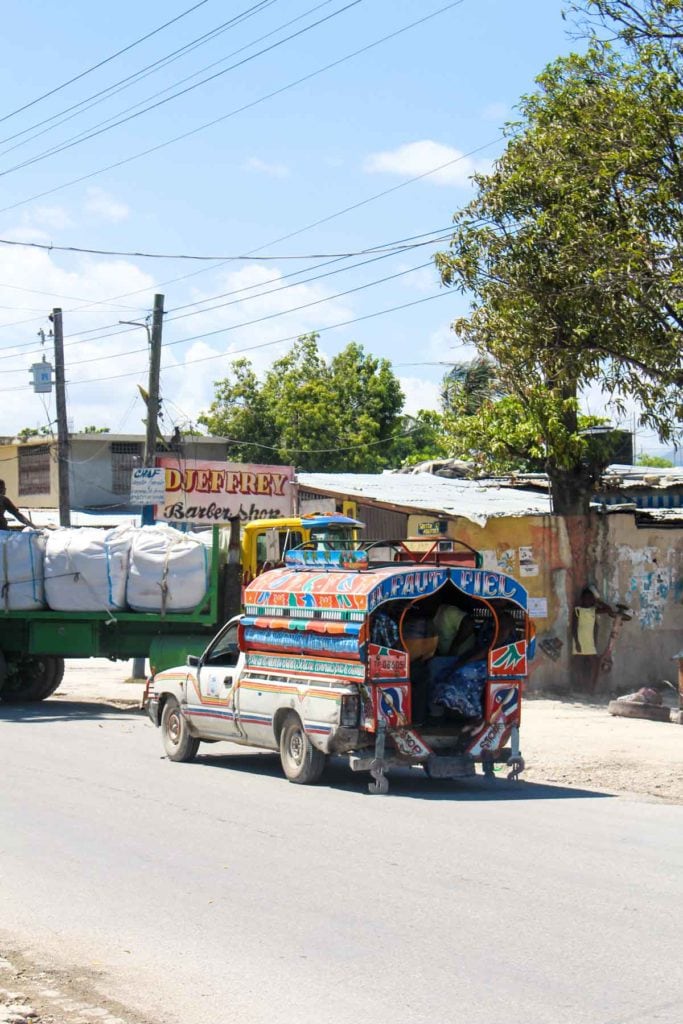 When I quit my corporate job last year, it wasn’t to pursue my blog, as much as I love this space, it was to volunteer for Grace So Amazing Ministries, an organization that helps care for the orphans and widows in a rural village outside of Mirebalais, Haiti. I was having one of those Nothing-Is-Happening crisis moments, and I made a change. I was going to move back to Washington where rent was cheaper, and familial support was stronger, and spend a year or two volunteering my time. I was going to make a difference.

After months of slow progress in this new vocational direction, I had a call with the head of the ministry, Kellie, who also happens to be my third cousin.

She had one question for me: “Can you come, and can you come soon?” 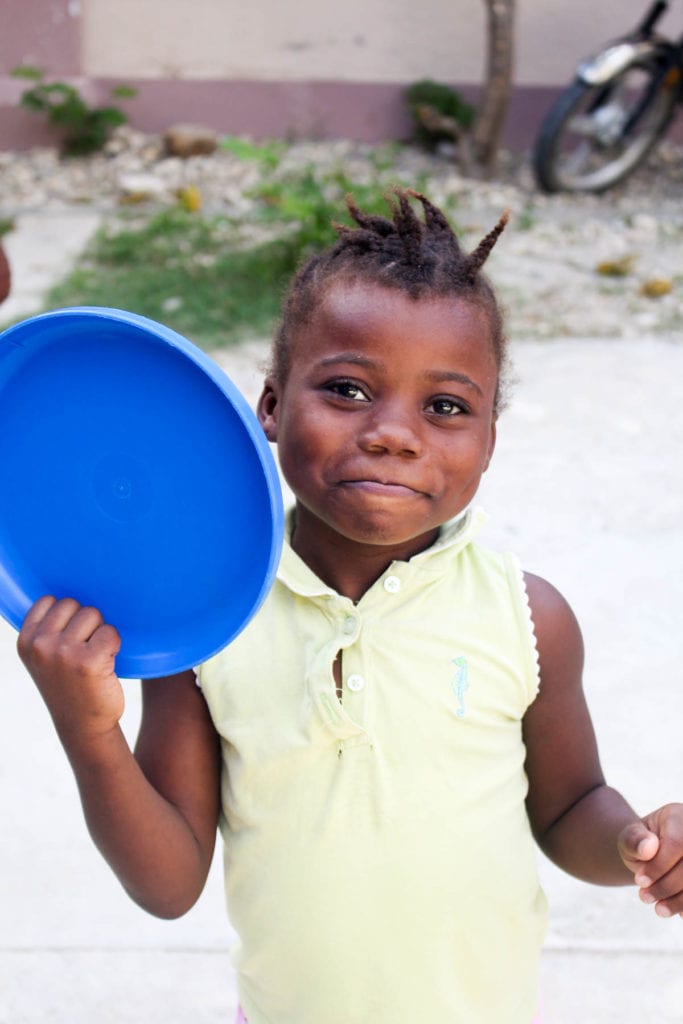 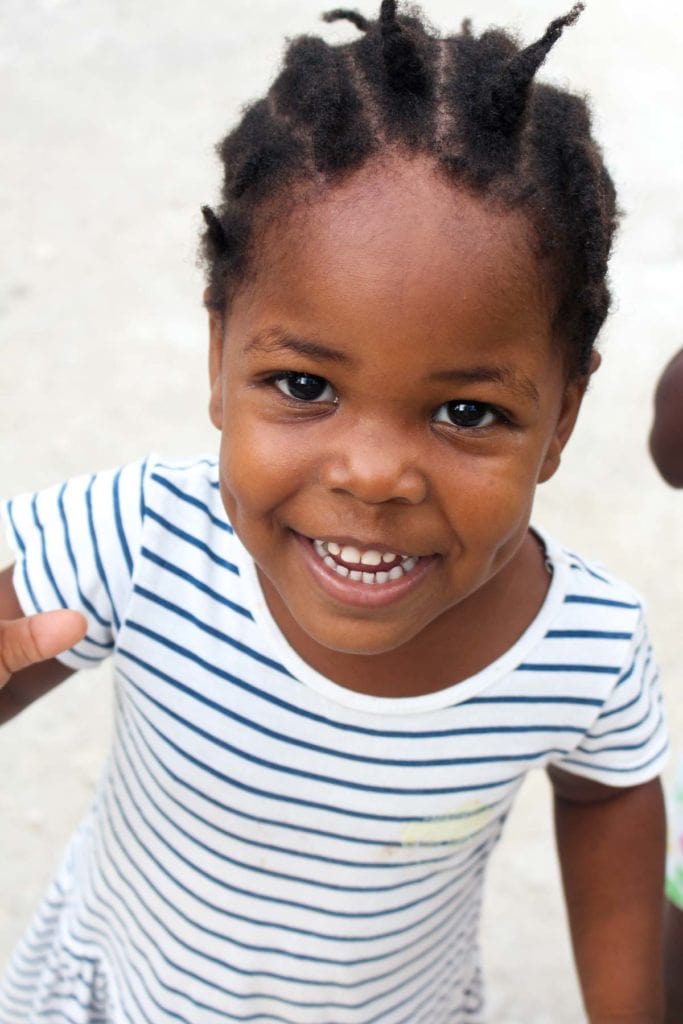 This was the beginning of the spiral of All-Things-Happening-At-Once. Within a few days of booking flights, I found out that my sweet pup, Bella, had an aggressive form of cancer that left her with a few weeks to live, even though she was only 3 years old.

The day before our takeoff, my grandmother fell down a flight of concrete steps and broke her hip, needing surgery.

When I arrived at the airport two of my three flights were canceled due to a tropical storm. It was at that moment that I started looking for the cameras and then the tissues.

But, God is good, and his will always finds a way. After an order from my grandma to get on the plane, a miracle-working airline employee who did the impossible to find us new flights, and a promise from my sister to spend time with Bella each and everyday I was gone, I set off. 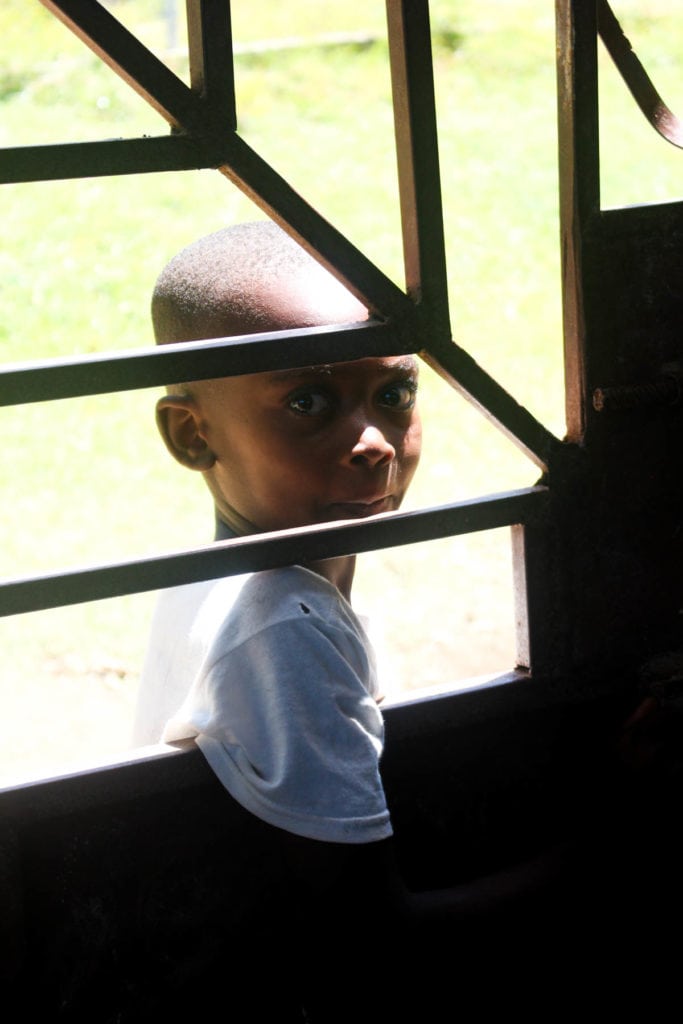 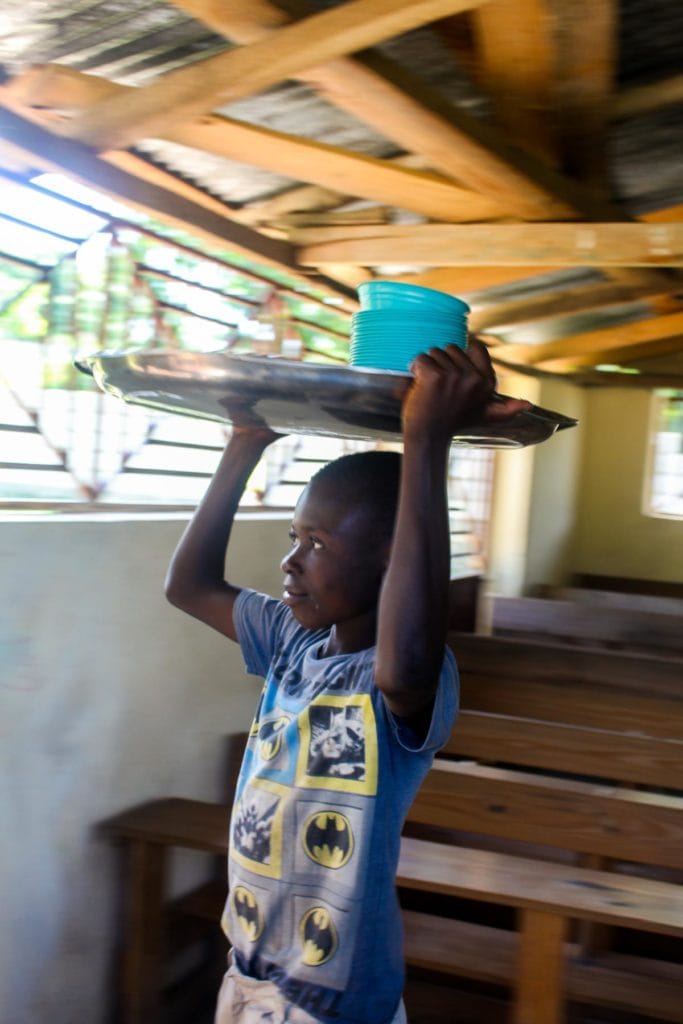 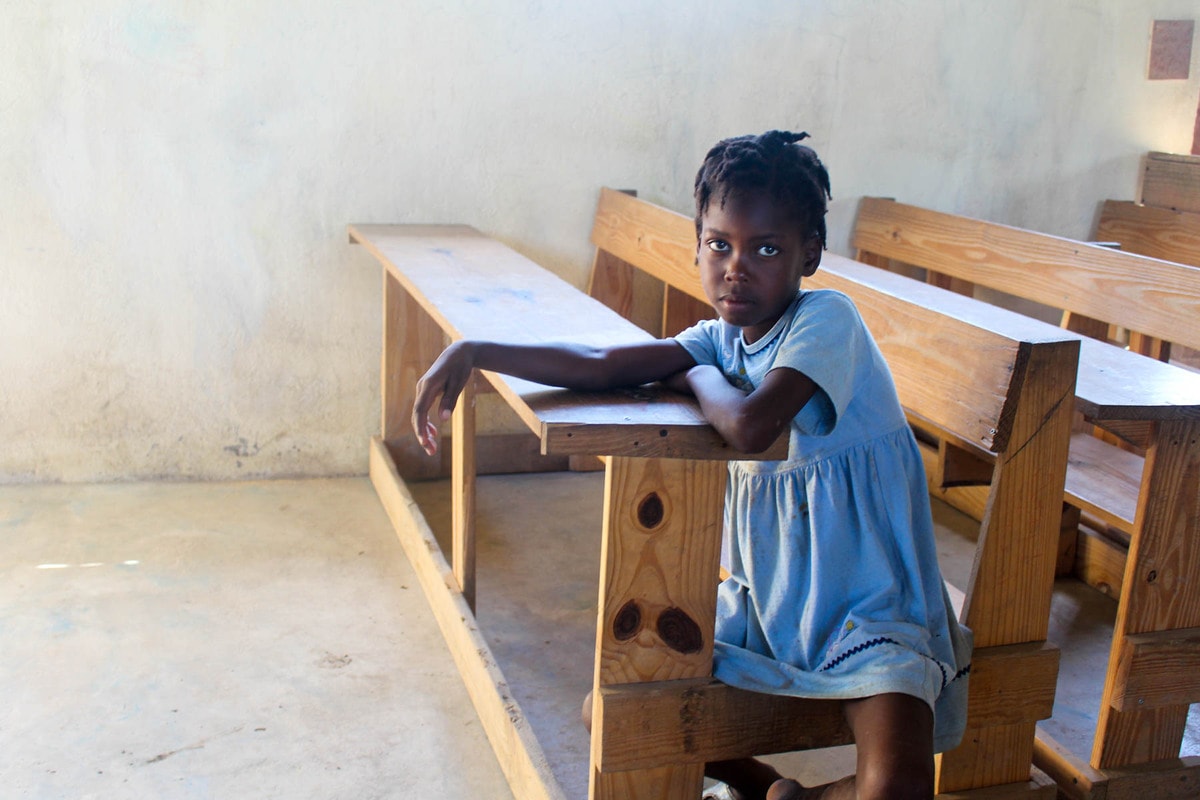 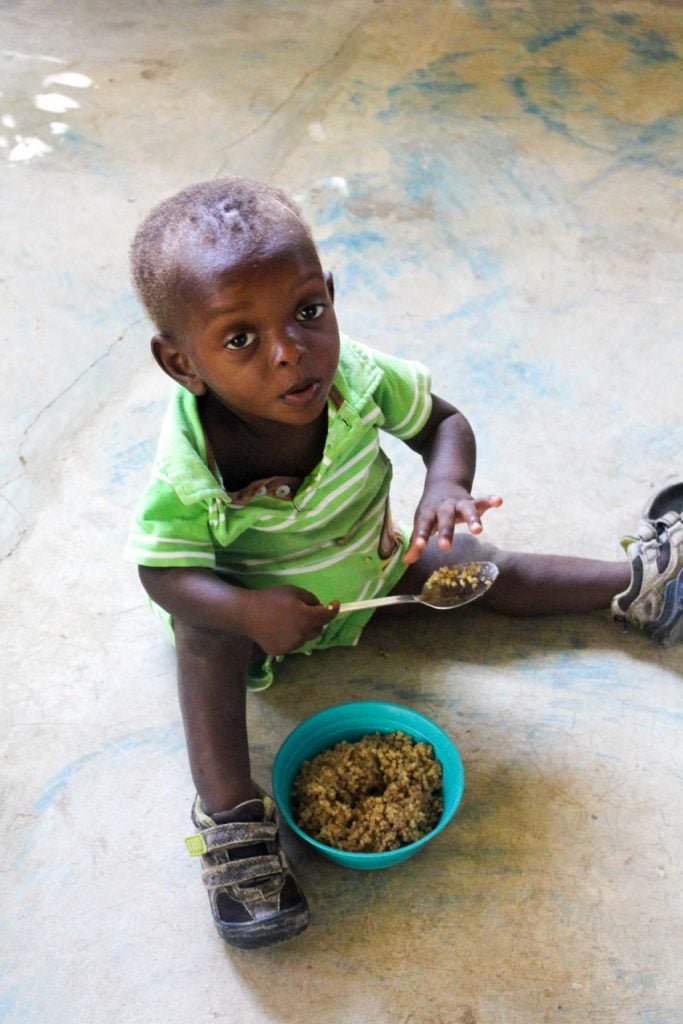 I still can’t properly form the words to describe Haiti. As we continued up and up that spiraling mountain road,  I looked around at our brightly painted Tap Tap.

Out the cut-out back door I saw billboards and garbage heaps, goats, cows, and lots of people. There were potholes in the roads and the large fences surrounding houses were topped with barbed wire or broken shards of glass. It smelt like campfire and gasoline. I felt a host of eyes studying me. Not a hostile gaze, just surprise, and curiosity. This was the first time I had ever been conscious of my own skin tone. I was struck by my privilege to have made it 25 years without ever knowing this feeling common to many.

By the time we reached Mirebelais, a two hour drive from Port au Prince, I was exhausted and overwhelmed by the barrage of new sights, sounds, and smells I had experienced along the way. When the Tap Tap pulled up to Grace House, the orphanage ran by Grace So Amazing Ministries, a few of their Hatain employees kindly carried my suitcases up the stairs while Kellie, showed me to my room and ordered me to take a long nap, to which I gratefully obliged. 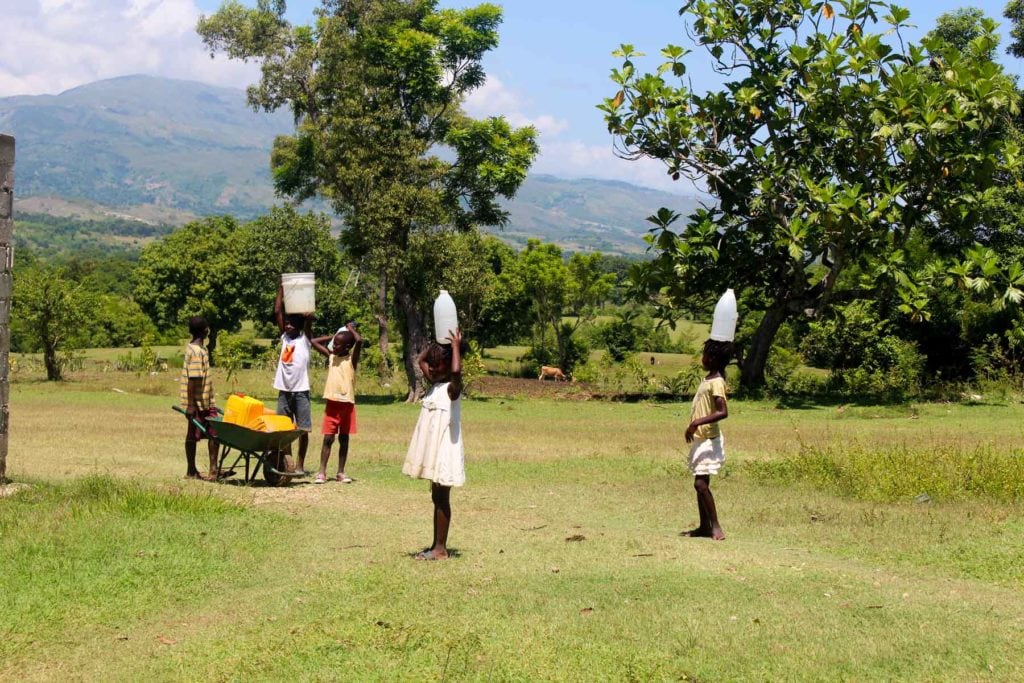 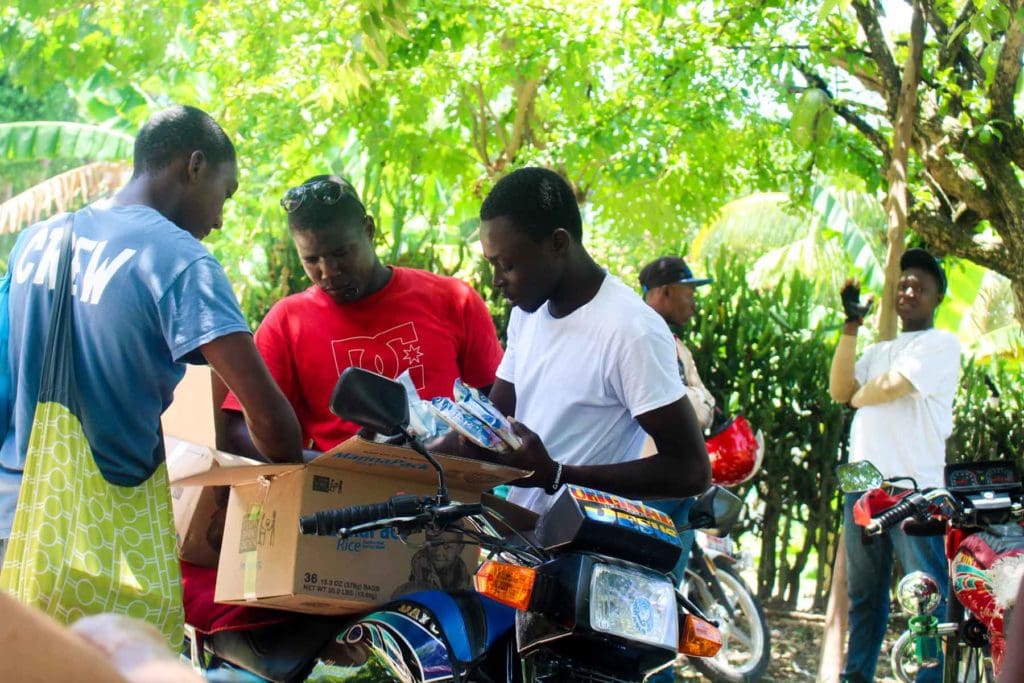 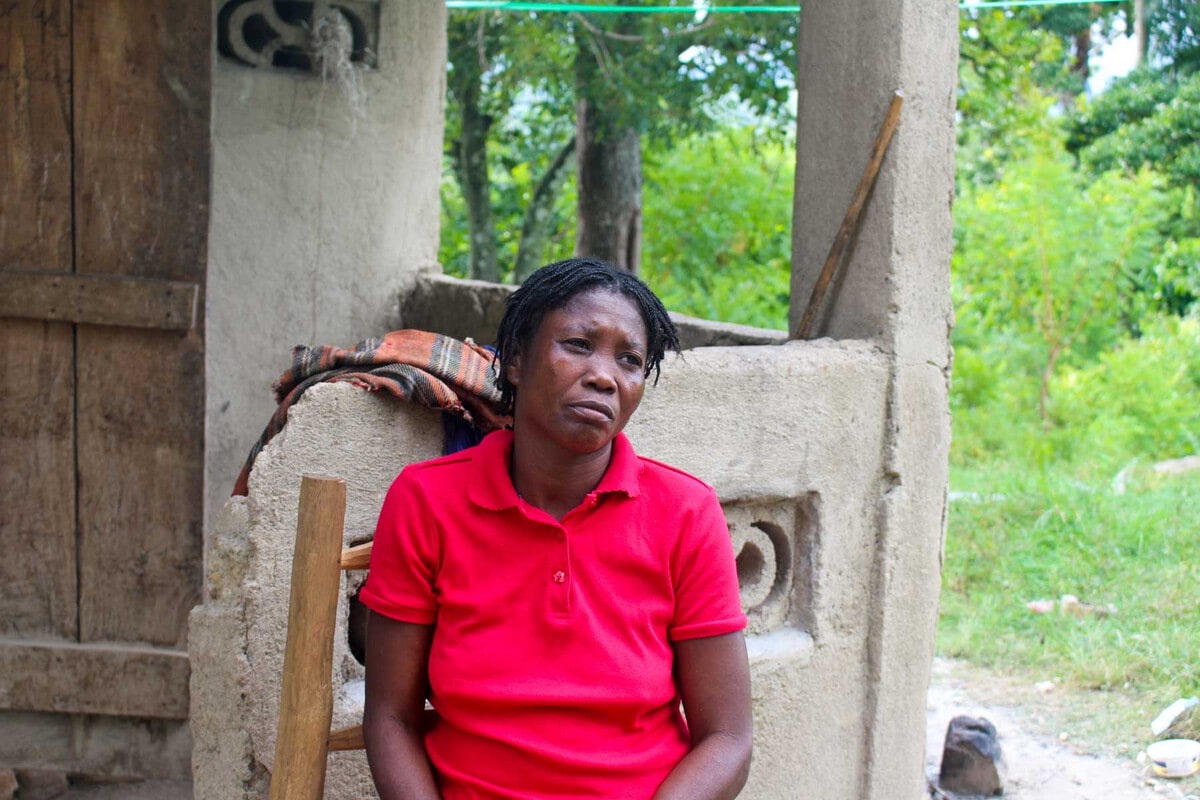 The next morning we drove out to Boyer, the community where Grace So Amazing Ministries focuses her aid efforts. Despite the crumbling structures, falling apart cars, and garbage heaps, I realized that what I had seen in Port au Prince and Mirebalais was the wealthy. Boyer was another world. One that I had only seen in National Geographic pictures that were nothing more than faded memory in my everyday first world life. In the mix of target runs, Starbucks drive throughs, and Netflix marathons, I rarely had a moment to think of anyone other than myself.

In Boyer, families lived in shacks – but that might even be too generous of a word. The best homes have concrete walls or bits of earth cemented together to form solid structures, topped with tin roofs. The worst homes were single-room lean-tos constructed out of banana leaves, sticks, cardboard and any other stray discarded items that could be woven into the structure. The floors were bare earth. The roofs leaked every night with the rain. There were no doors, just pieces of cloth hung in a failing attempt to keep out swarms of flies. 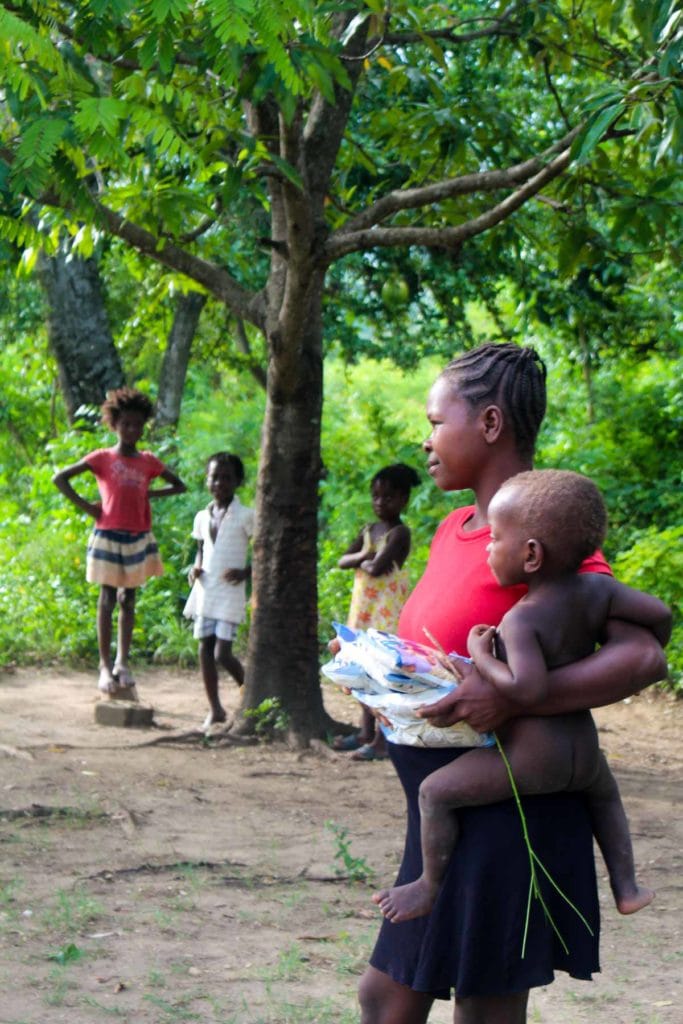 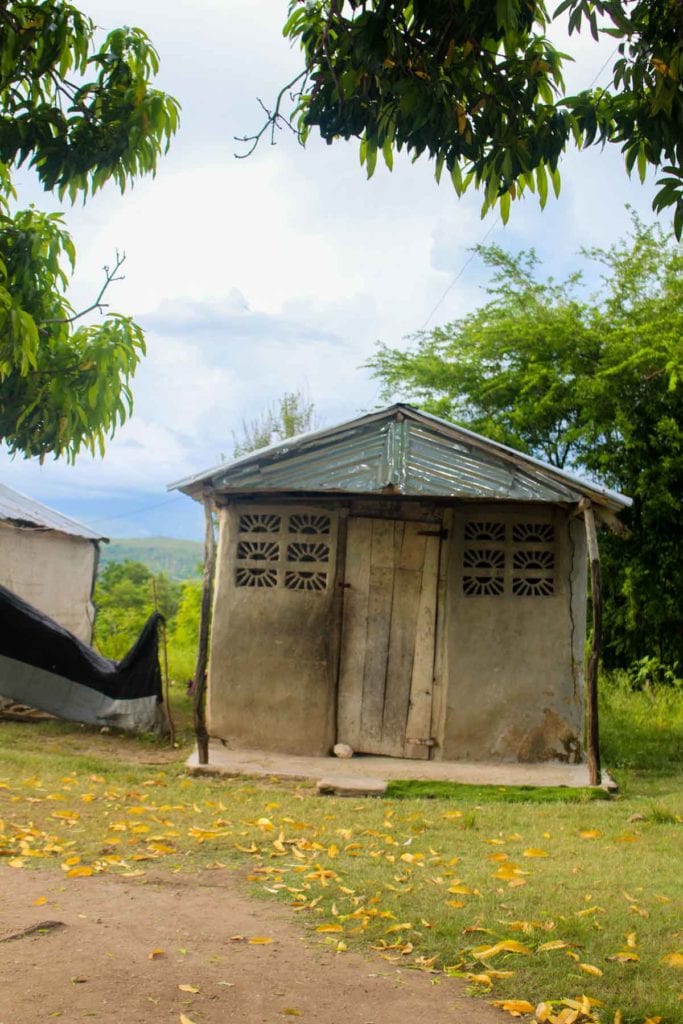 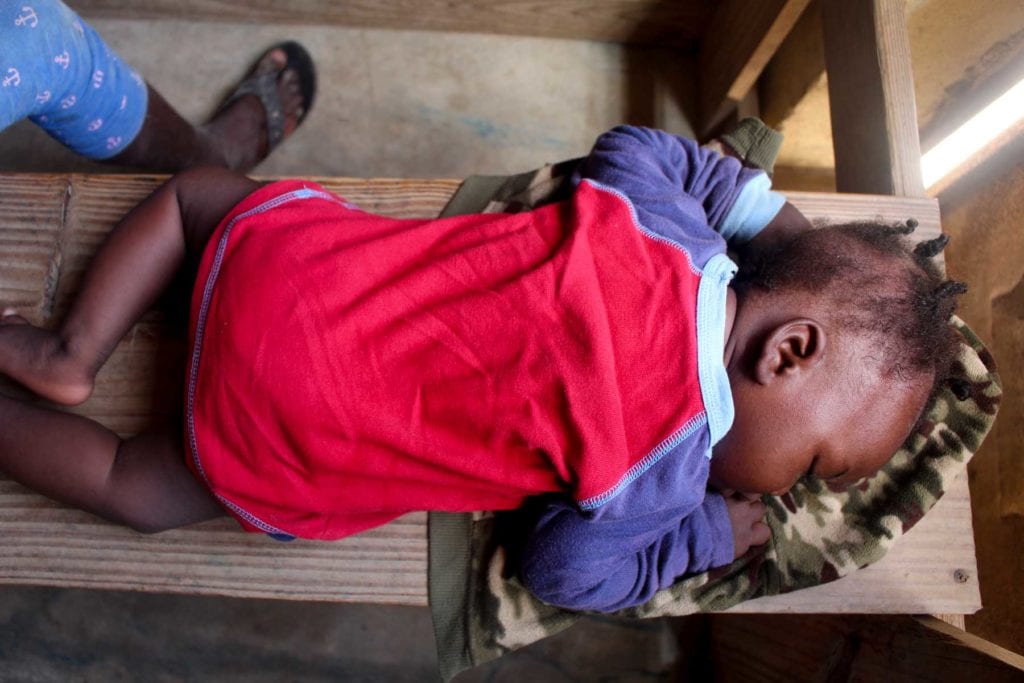 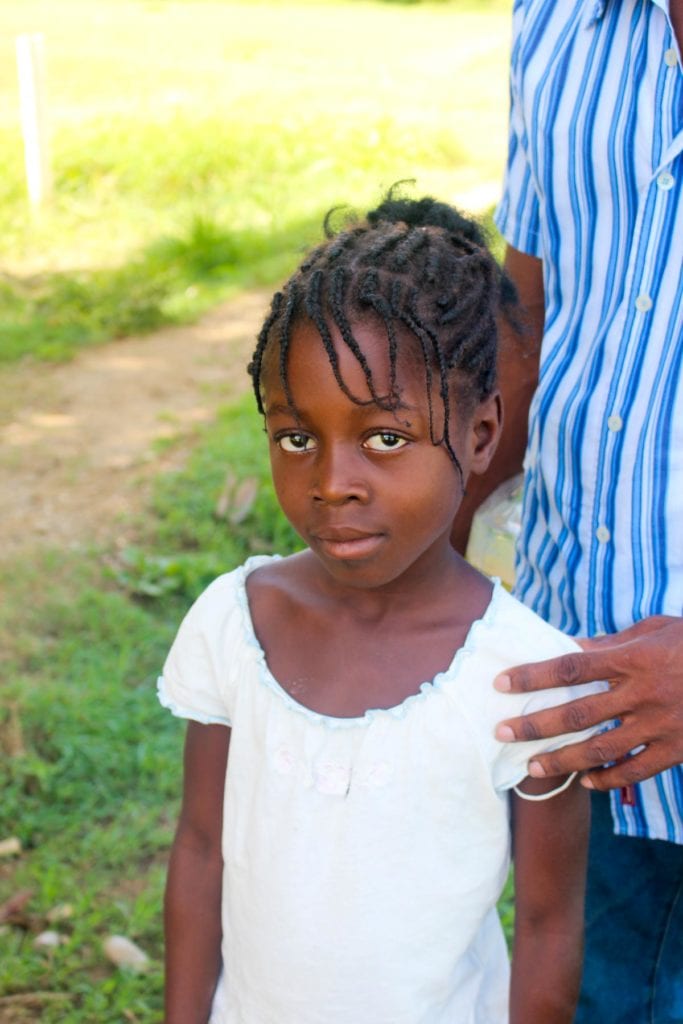 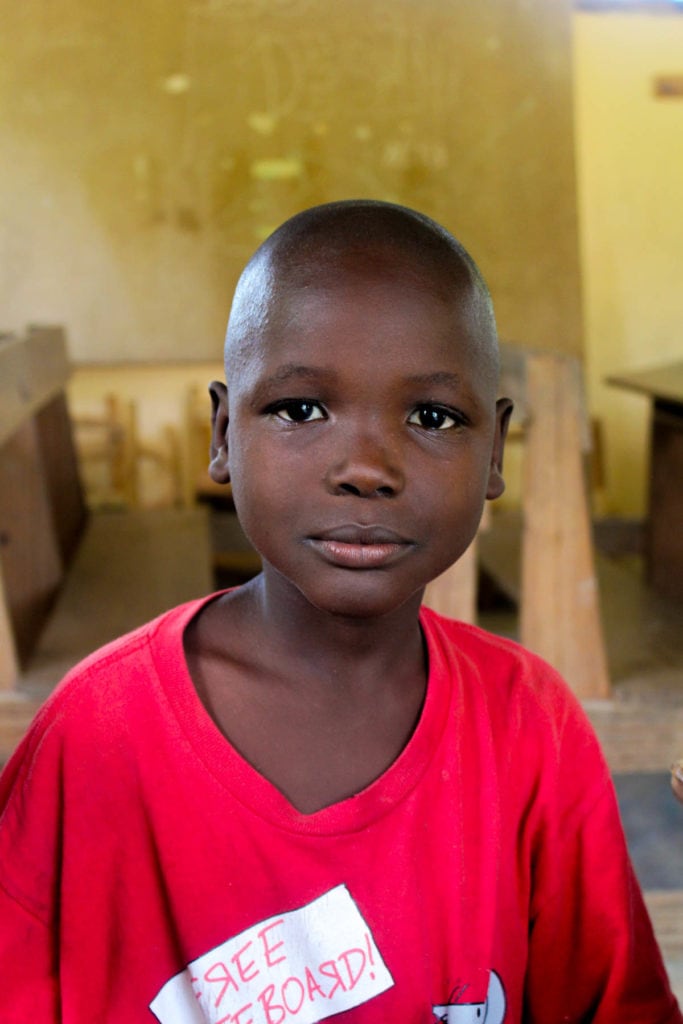 I think I may have fallen in love with some of the people there. Not the kind of love I had known before. A unique love of happiness, sadness, and hope. A love without pitty, despite their great needs. One that is unconditional and will always stay with me despite our difference of worlds.

There was Madame Odielle, a very old Hatain woman who was breathing the last days of her life. Set out on the ground with a piece of tin propped up to shade her from the harsh sun. A humble attempt of comfort.

There was Madame Elmina who lived in a crooked banana leaf structure that housed her disabled son. Thirty years of care had kept him alive and loved, and along with this outpouring of love, she poured out her life. A single woman feeding two mouths, giving constant care, in a world that only punishes her for doing so.

There was Baby, a young man, who despite his name, was smart and kind and spent all his time studying with the hope of overcoming his current circumstances. He engaged me in English conversation every chance he had, eager to test out his skill and eager for me to teach him just a few phrases more.

There was Francoisise, an old blind man, and his wife. Despite all their hardships, and despite all their pain, they were filled with joy and the Spirit of God. They insisted on praying for me. As they rose their voices to heavens, filled with nothing but requests for my blessing, I held back tears. Who was I to receive their prayers of divine sanction having so much? I would return home to electricity and running water. A place with heat and air conditioning dials that I could change on a whim to quickly banish any smidgen of discomfort.

There were Benson and Nelson, our moto drivers. Tap Taps were used sparingly due to their cost, so when we drove from Mirebalais to Boyer each day, we rode on motos. Though we didn’t speak the same language, we came up with a way of understanding each other all our own. We laughed together, cried together, and prayed together. We pointed and motioned, and sometimes just sat together, content to just be when we couldn’t communicate.

There was a family of 5 boys, each one displaying signs of malnourishment. Their hair was tinged orange, instead of jet black. Their limbs were scrawny and their bellies were swollen and distended. Their stature was stunted and their growth slow, but they smiled, played, and were filled with joy.

The school was full of orphans, child slaves, and those sorely impoverished. The students could be rowdy, as most students are, but each was eager to learn. A hunger for knowledge that I have yet to experience.

The people were hard working. Hungry for jobs. Eager to do better and become more. Running uphill even though the country does everything to push them back down with a heavy hand of oppression. 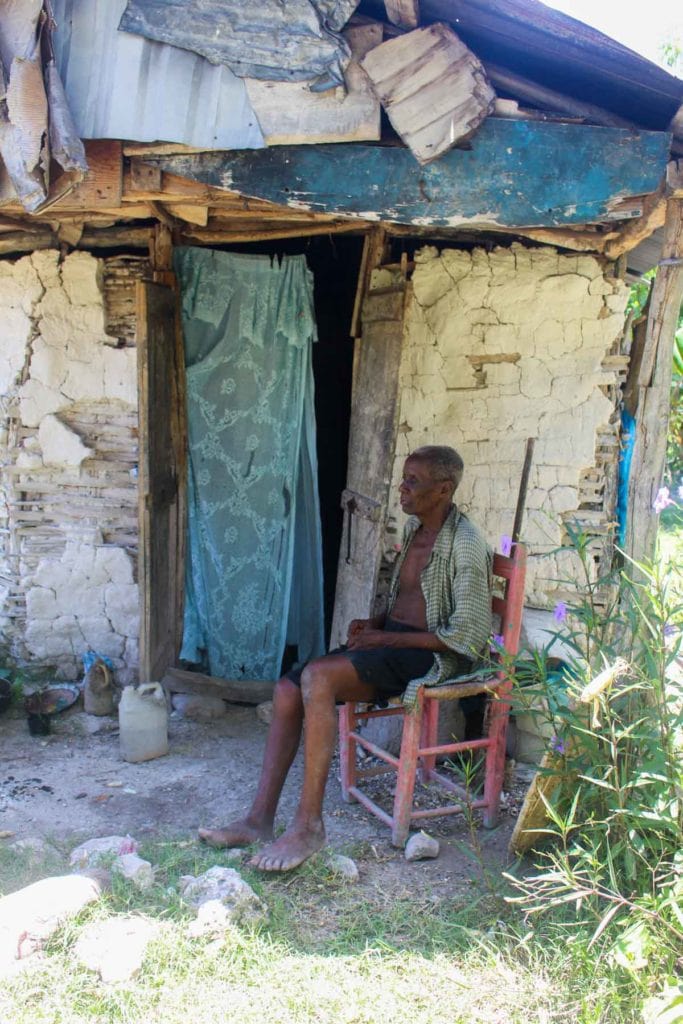 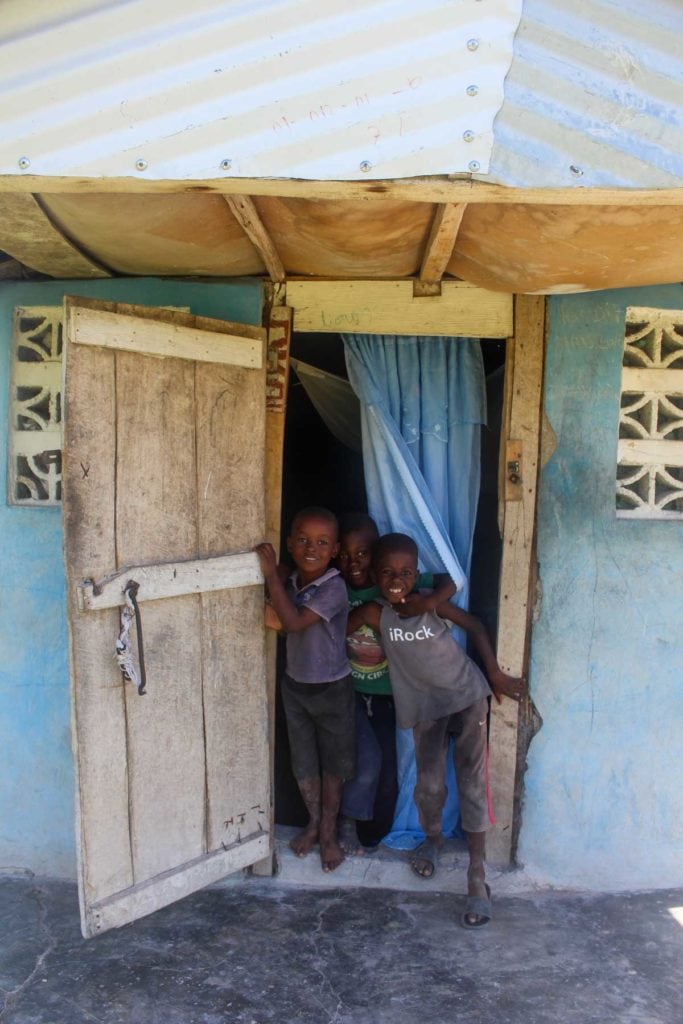 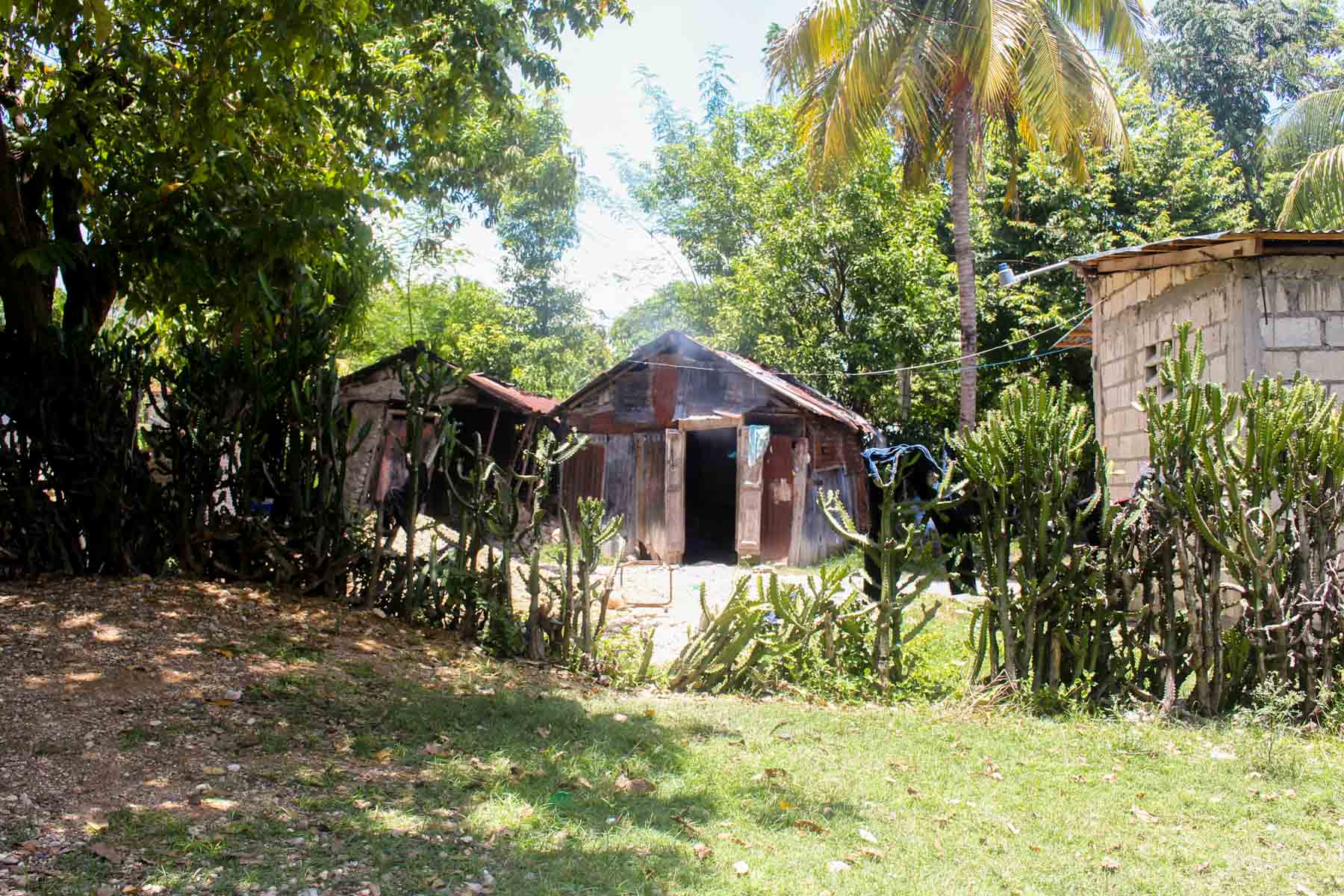 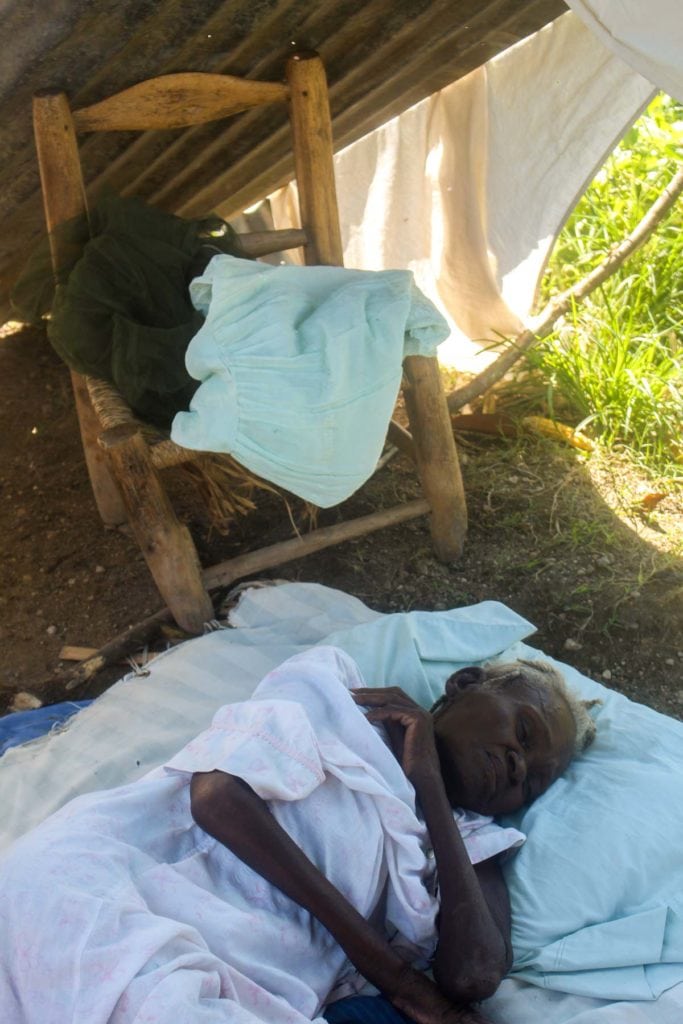 Watching the Hatians, I learned much about them about life.

Though life is hard, they don’t complain.

Because life is fleeting, they take it all in.

When they meet a white stranger, foreign to everything they know, they greet them with kindness.

Though no one has enough, they are ready to give what little they have away to others in need.

I am making an effort to put into practice what I learned from the Haitians. I want to greet others with more kindness than expected, give away more than I think I can, fight against hate and oppression, and slow down to really soak in moments. To lean into the hug a little longer, study the meandering river a little closer, and take a conversation a little deeper. 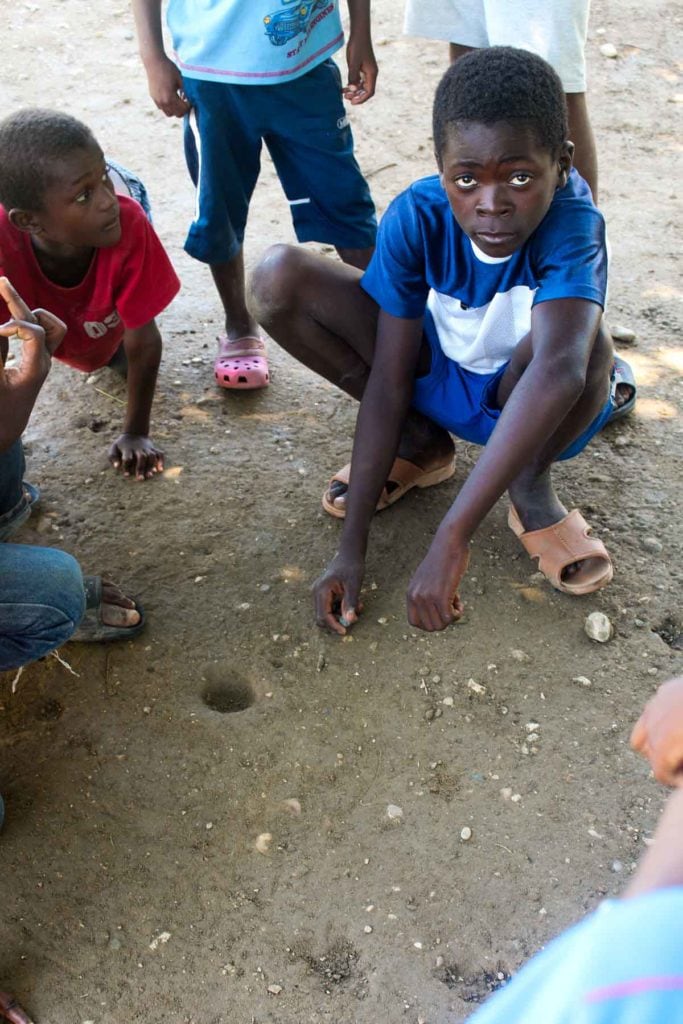 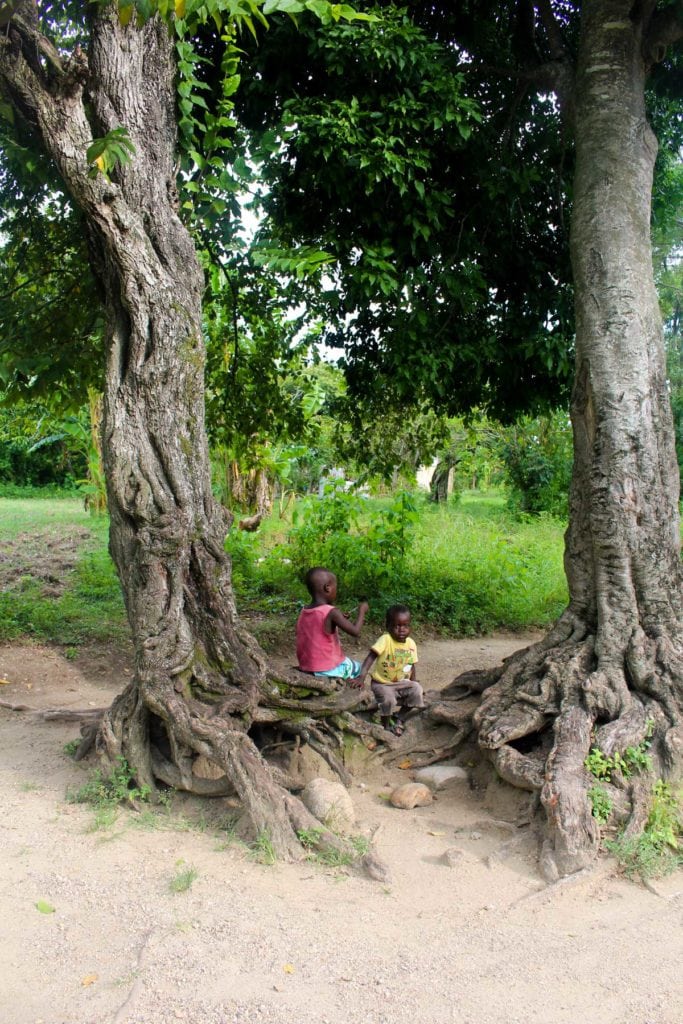 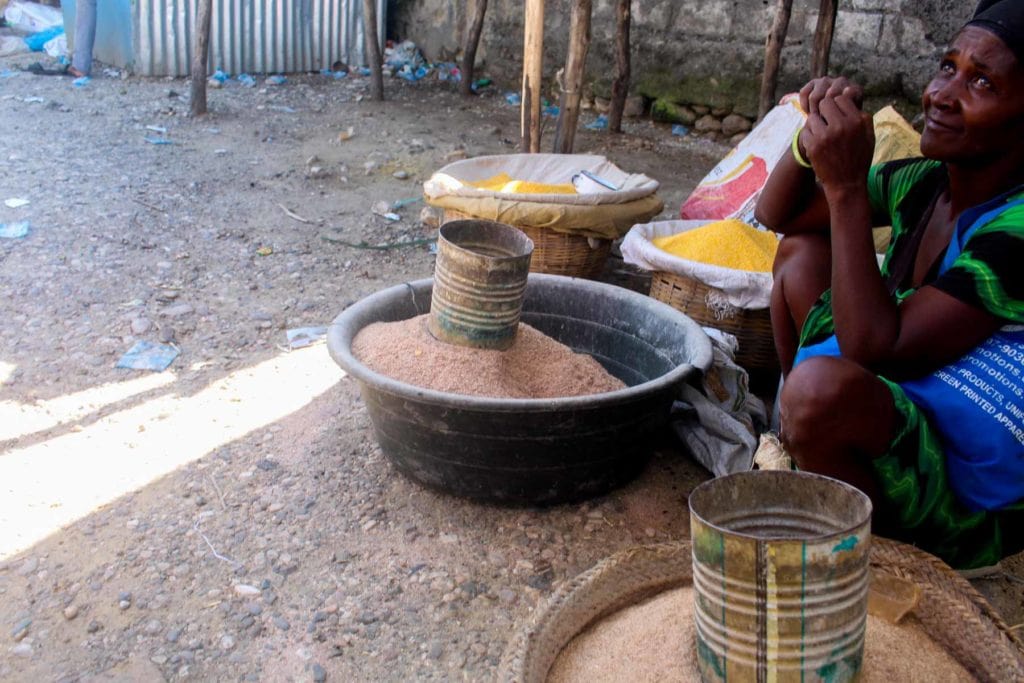 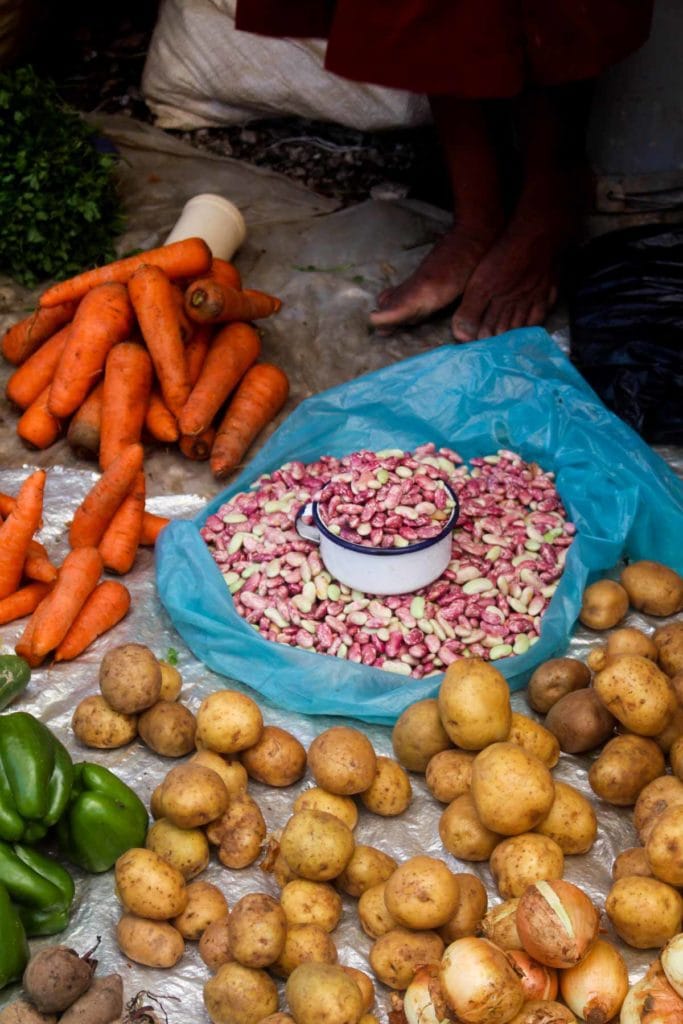 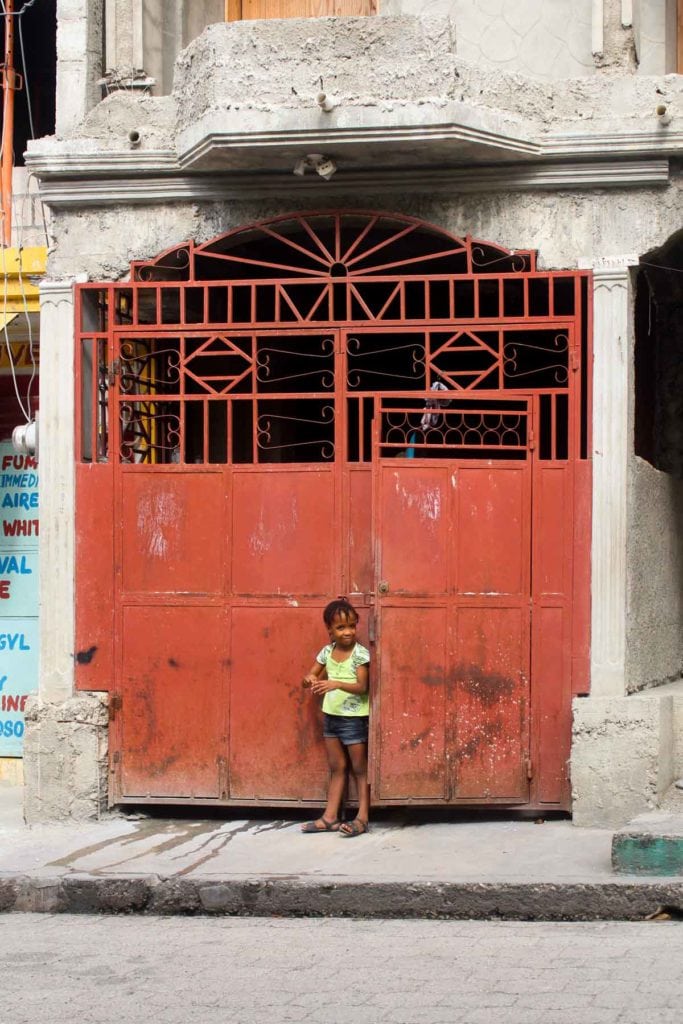 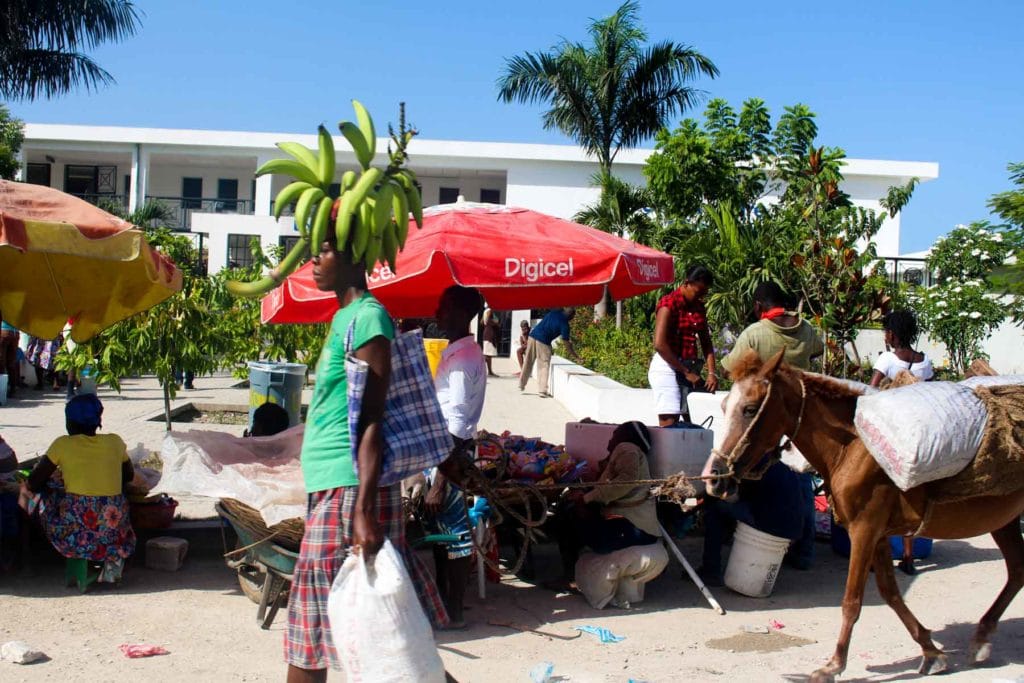