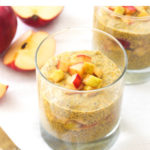 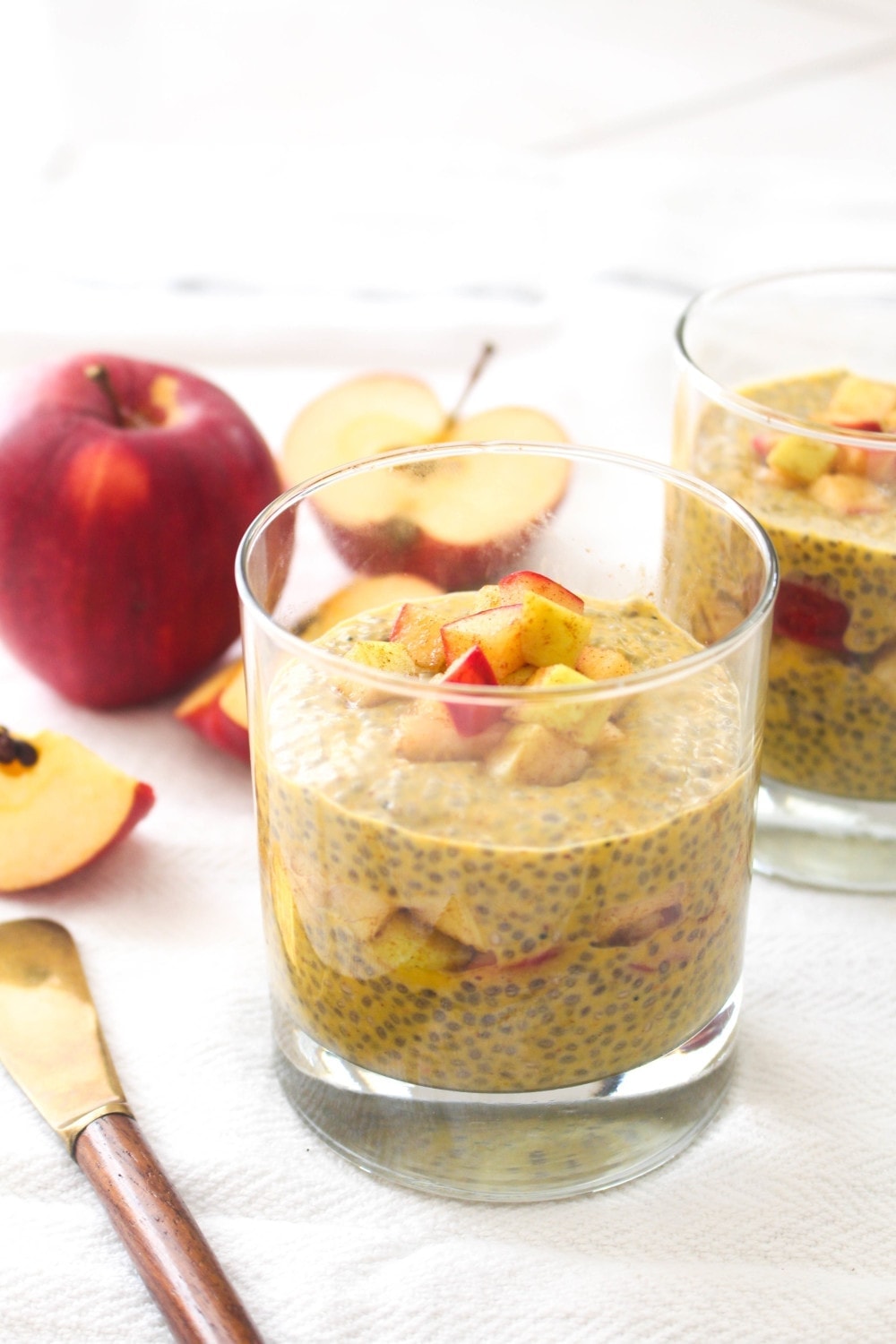 I became the cliche food blogger who is posting pumpkin recipes right and left. But can you blame me?

Pumpkin is always a huge fall hit. I couldn’t risk being left out. And then there is the conundrum of what to do with leftover pumpkin. Recipes rarely call for the whole can, and I can’t bring myself to throw the rest away.

After this recipe, I barricaded myself in the kitchen until I came up with a good way to use the last of that pumpkin. This was my solution, and a pretty good one if you ask me. 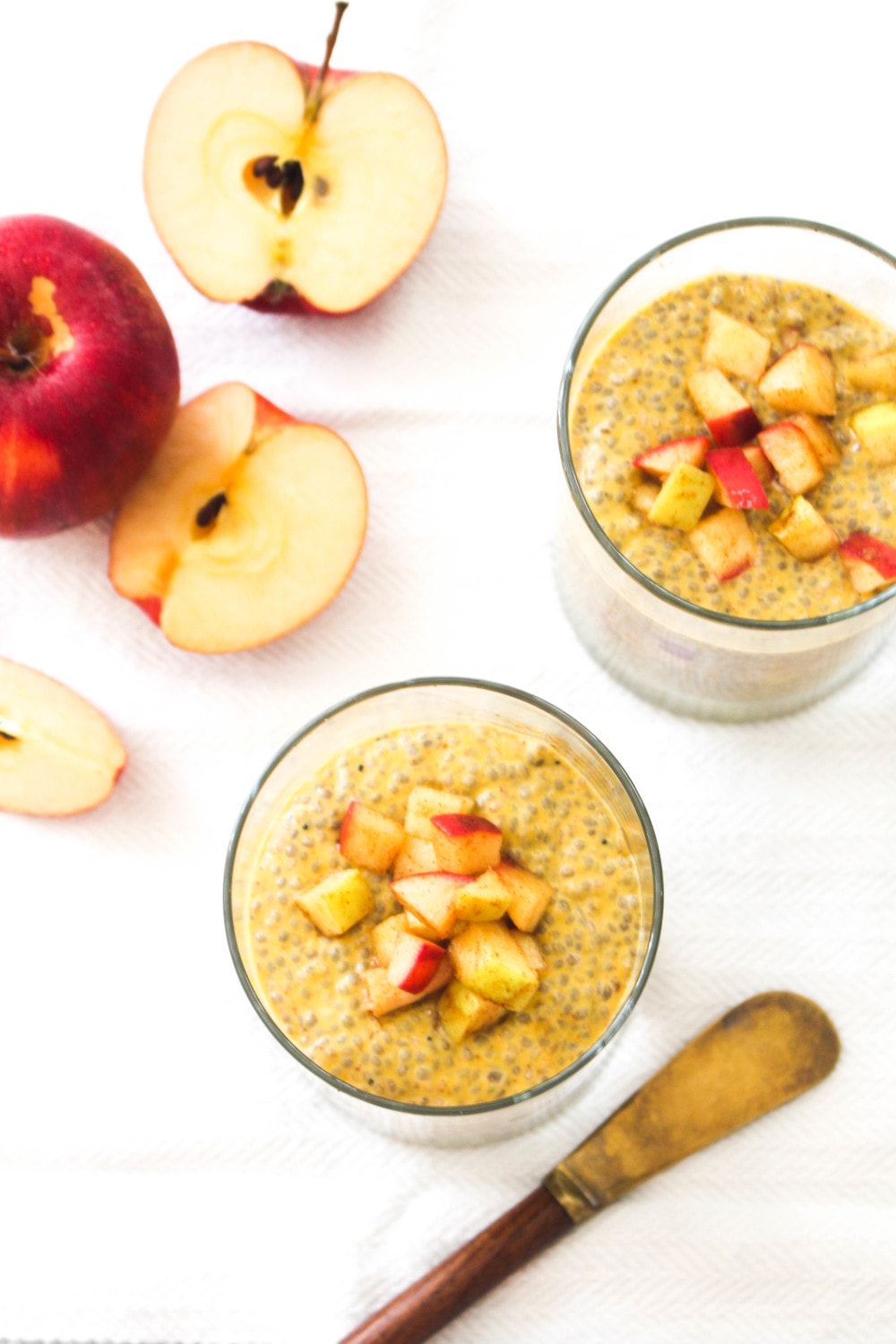 This dish is the epitome of fall. It is laden with not only silky pumpkin chia pudding goodness, but is streaked with cinnamon and apple compote.

It is a breeze to whip up. Just stir the chia pudding ingredients together and cook up the apple compote. It can come together in under 15 minutes. 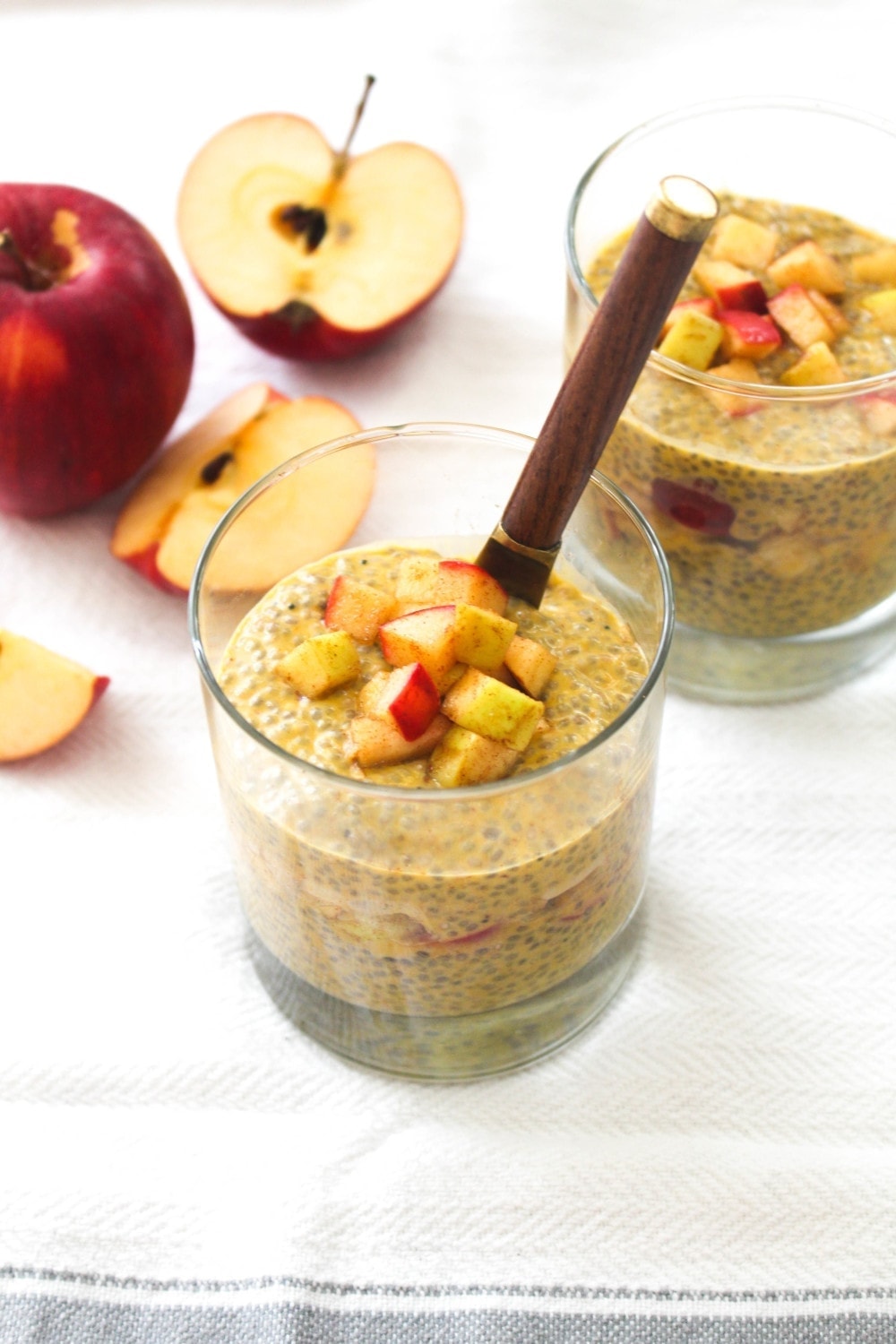 This chia pudding and compote parfait is like fall in a spoonful! I enjoy this recipe for breakfast, dessert, or as a snack. 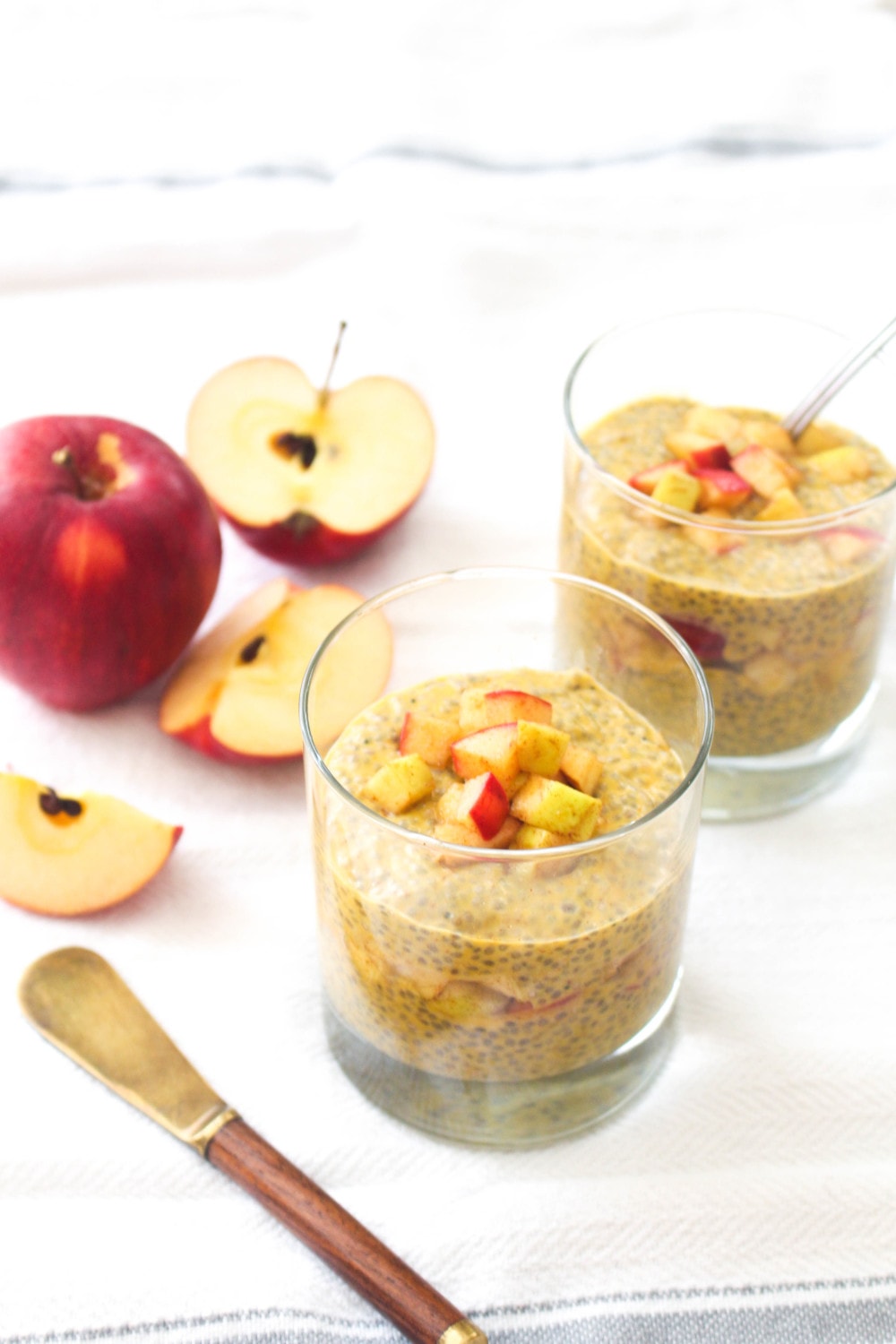