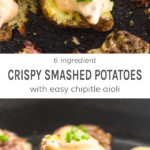 Smashed Potatoes with Chipotle Aioli are an easy 4 ingredient side recipe. Smashing the potatoes before roasting means more of those perfect crispy edges. 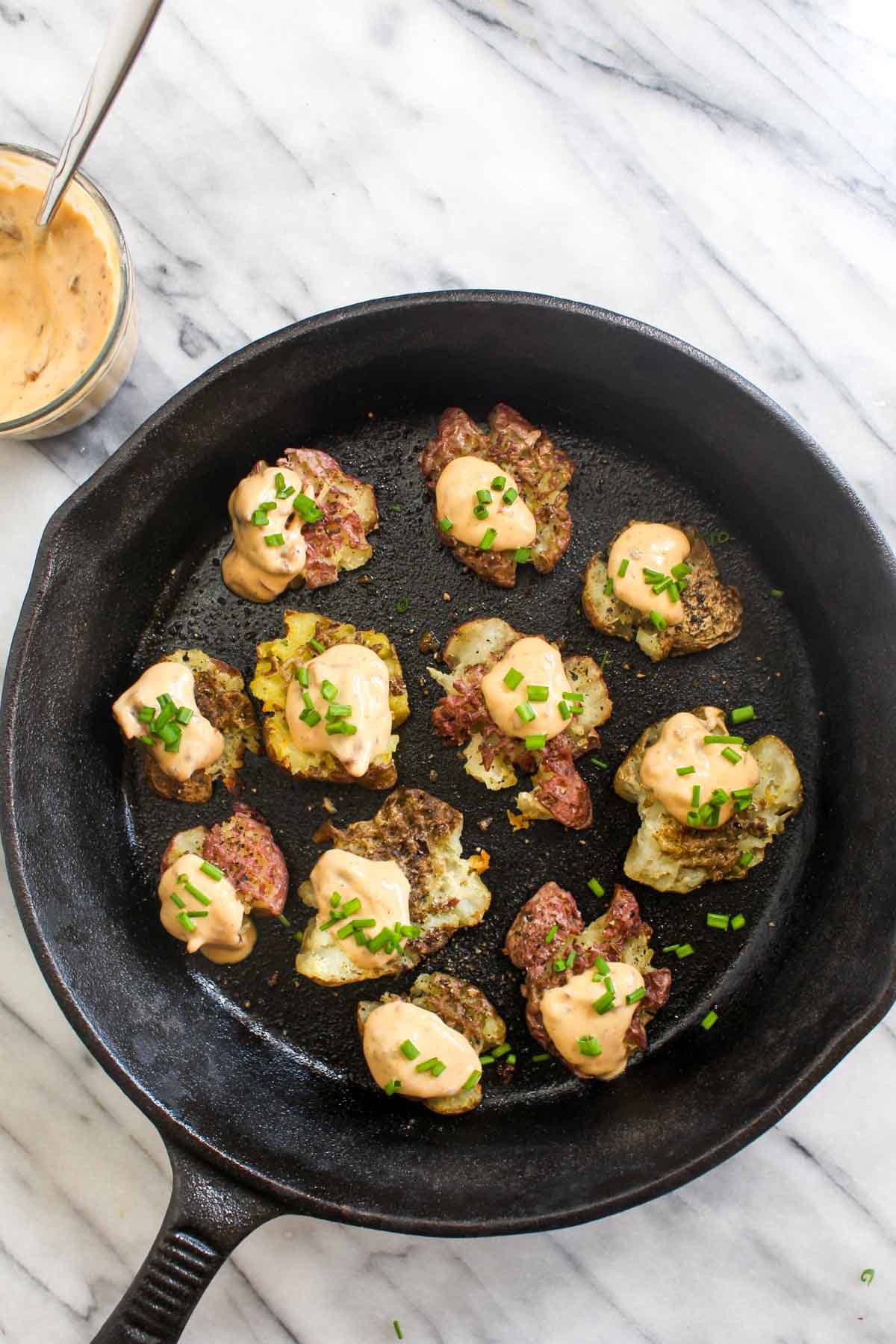 If there ever was a perfect potato, it would be the smashed potato. And there is lots of competition in the potato world between chips, fries, mashed, and baked potatoes.

The smashed potato encompasses all of what is good about a potato. They have the crispy golden edges to rival the best fries, the creamy and hearty baked/mashed potato texture, and they are flavorful and salty like a good chip. 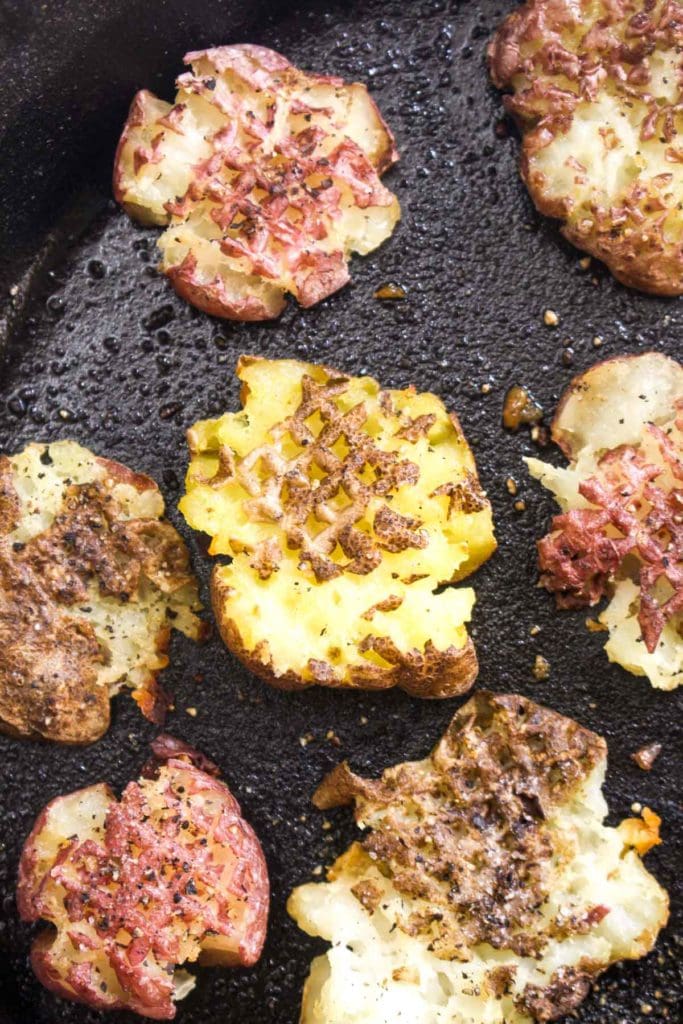 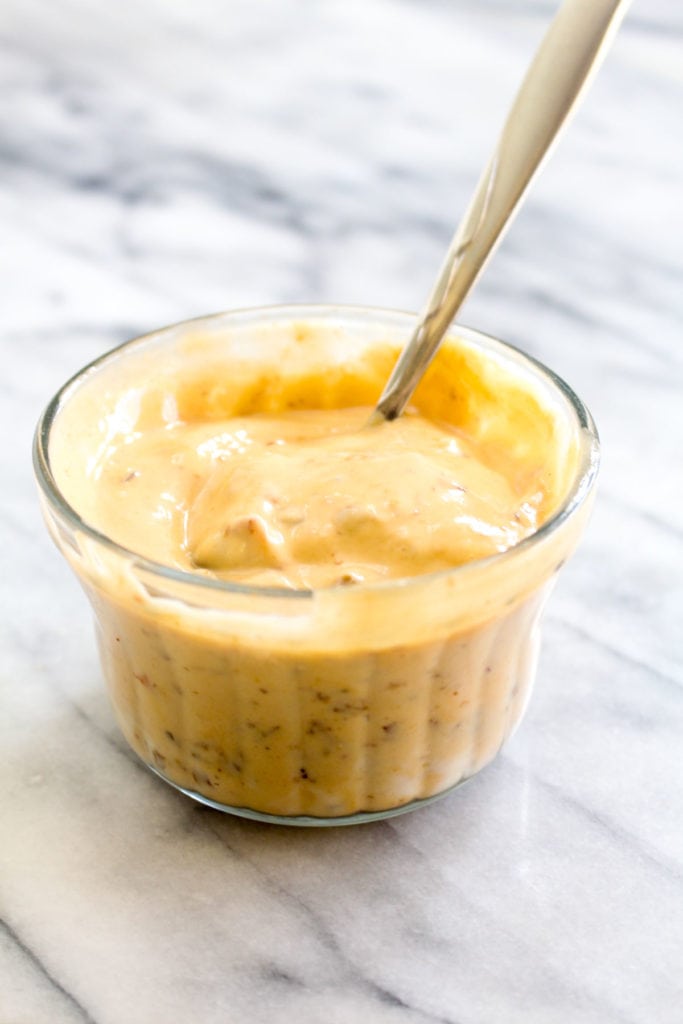 First thing's first. We boil the potatoes. As old-school as it gets, this step cooks the interior of the potatoes and gets them ready for smashing. Boiling ensures perfectly creamy centers, a crucial part of the anatomy of a smashed potato. We add a hefty pinch (or three!) of salt into the water. This makes the skins of the potatoes salty and preps them to get extra crispy in the oven.

Second, we smash the potatoes. Use a meat cleaver, the back of a glass, a spatula - any heavy duty flat object will do - and give the potatoes a good smash. They should smash easily (if they don't, just boil them for a few more minutes). Then brush the potatoes with olive oil and season them up with salt and pepper. Roast them in a hot hot hot oven until they are golden brown and have crispy edges. 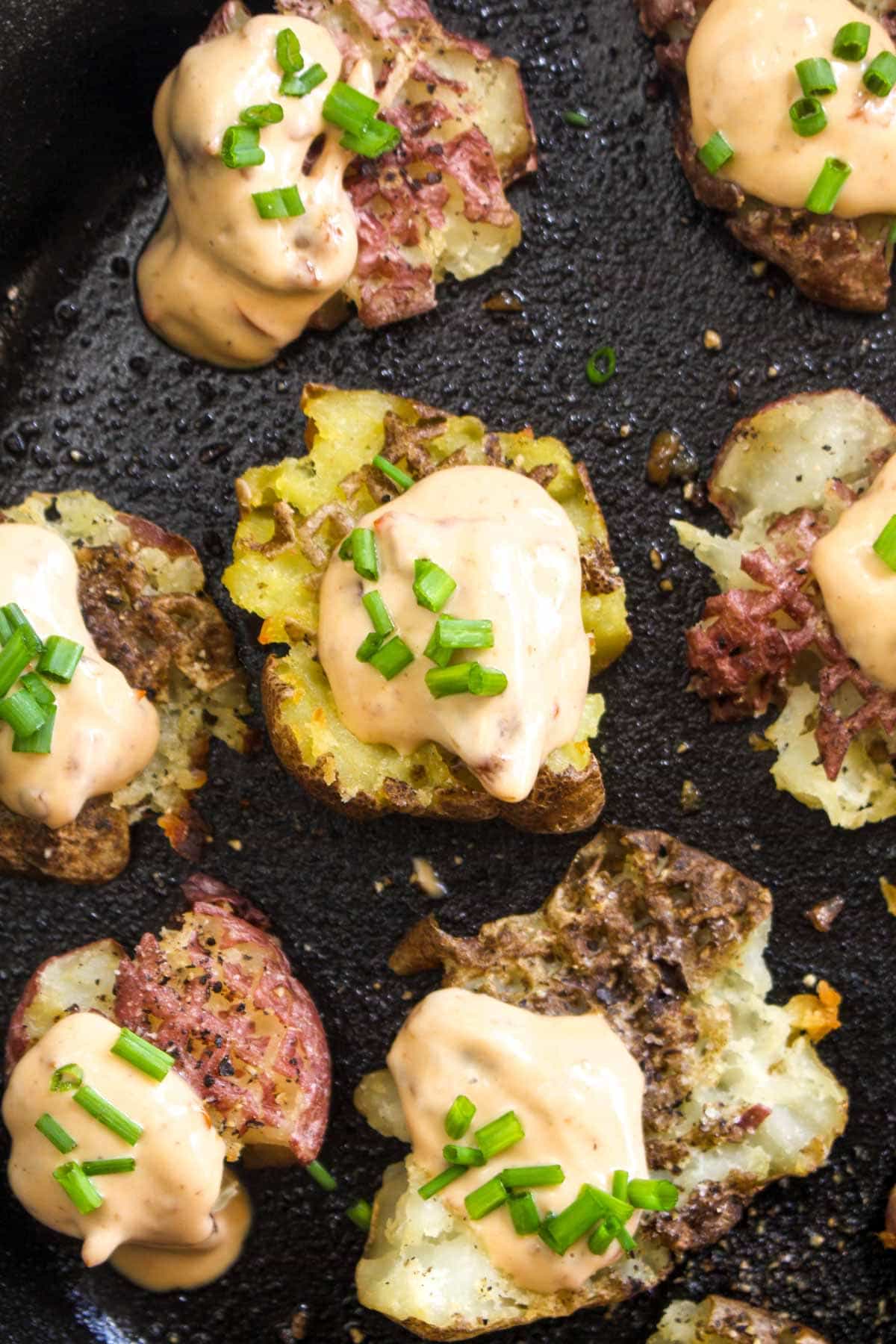 Smashed potatoes with all of their jagged edges and pockets are begging to be topped with a creamy sauce that will sink right into all its crevices and infuse it with flavor.

This chipotle aioli is garlicky, smokey, slightly spicy, and most importantly, can be stirred together in 5 minutes.

It is the perfect cold and creamy compliment to our crisp and hot potatoes. 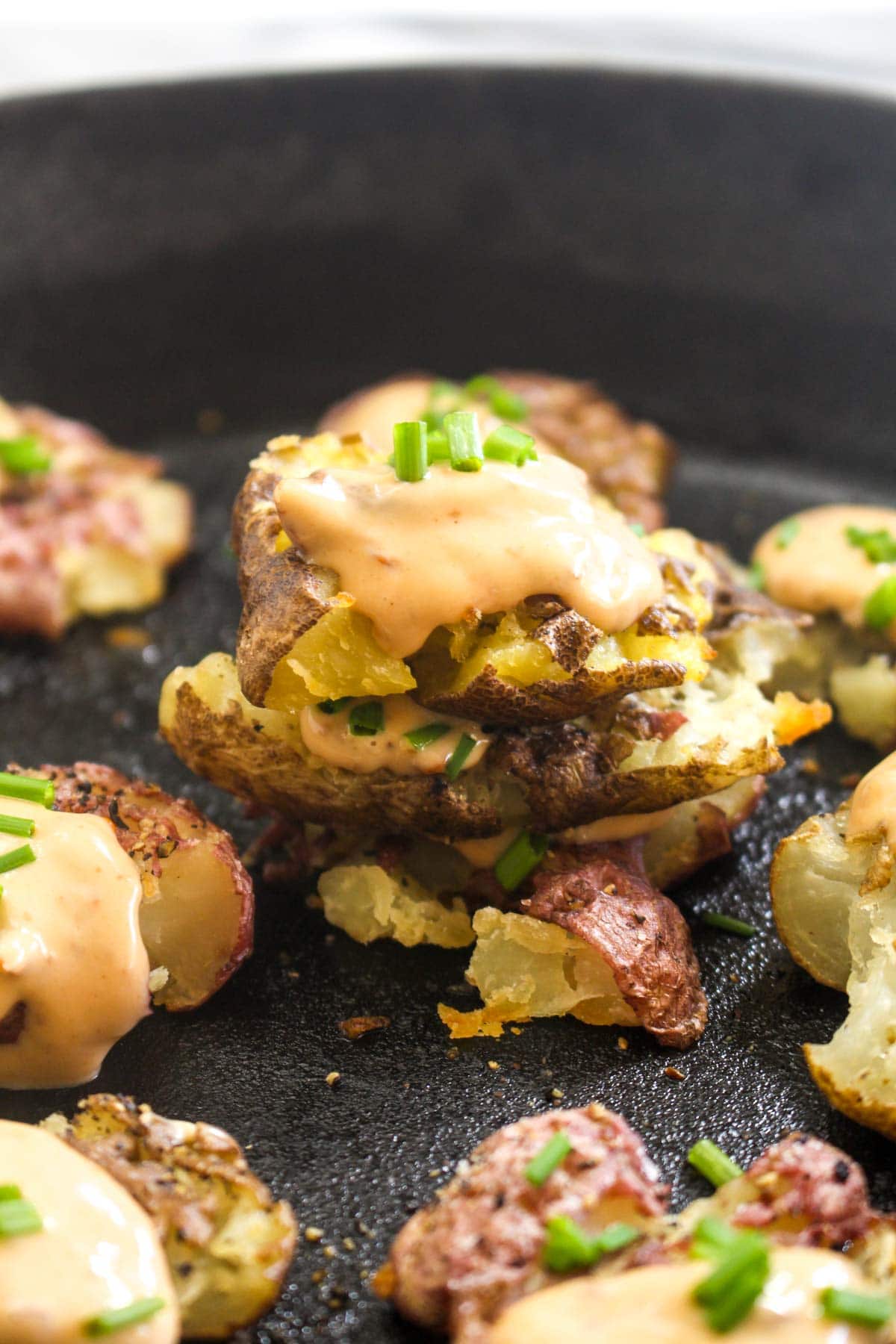 Smashed Potatoes with Chipotle Aioli are an easy 4 ingredient side recipe. Smashing the potatoes before roasting means more of those perfect crispy edges.

For the Aioli sauce:

To keep this recipe vegan, choose a vegan mayo.