Cassava Flatbread is an easy to make grain free and paleo flatbread. It is soft, flexible and full of onions and peppers to give it loads of flavor. 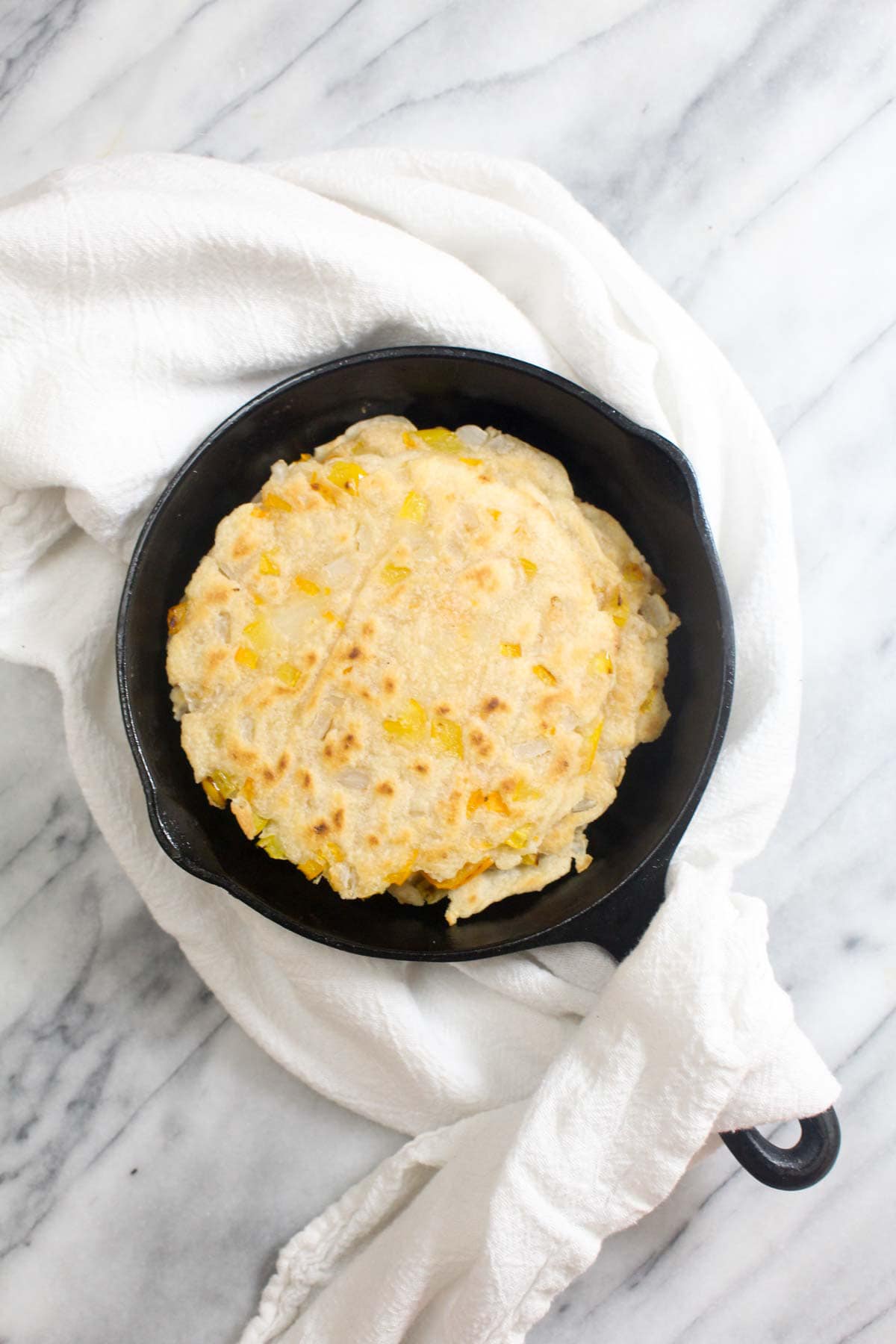 When I was in Haiti a while back, I tried a whole host of new foods. One item that we ate on the regular was casav. Casav was a of kind flatbread that happens to be gluten free and paleo (#trendy). It was small and round and tasted almost sour – like it had been fermented before being cooked.

For breakfast we topped it with peanut butter, for lunch we smashed some avocado on it, and for dinner, we had it along with our soup or rice and beans. We lived, breathed, and ate a ton of casav.

Despite having this flatbread at nearly every meal for a week, I wasn’t ready to leave it behind when I left Haiti. Call me a fan. So, I used my best Creole (aka about 2 creole words, a lot of gestures, and a bunch of English thrown in) to ask some questions. I was going to figure out how to make this Cassava Flatbread at home. 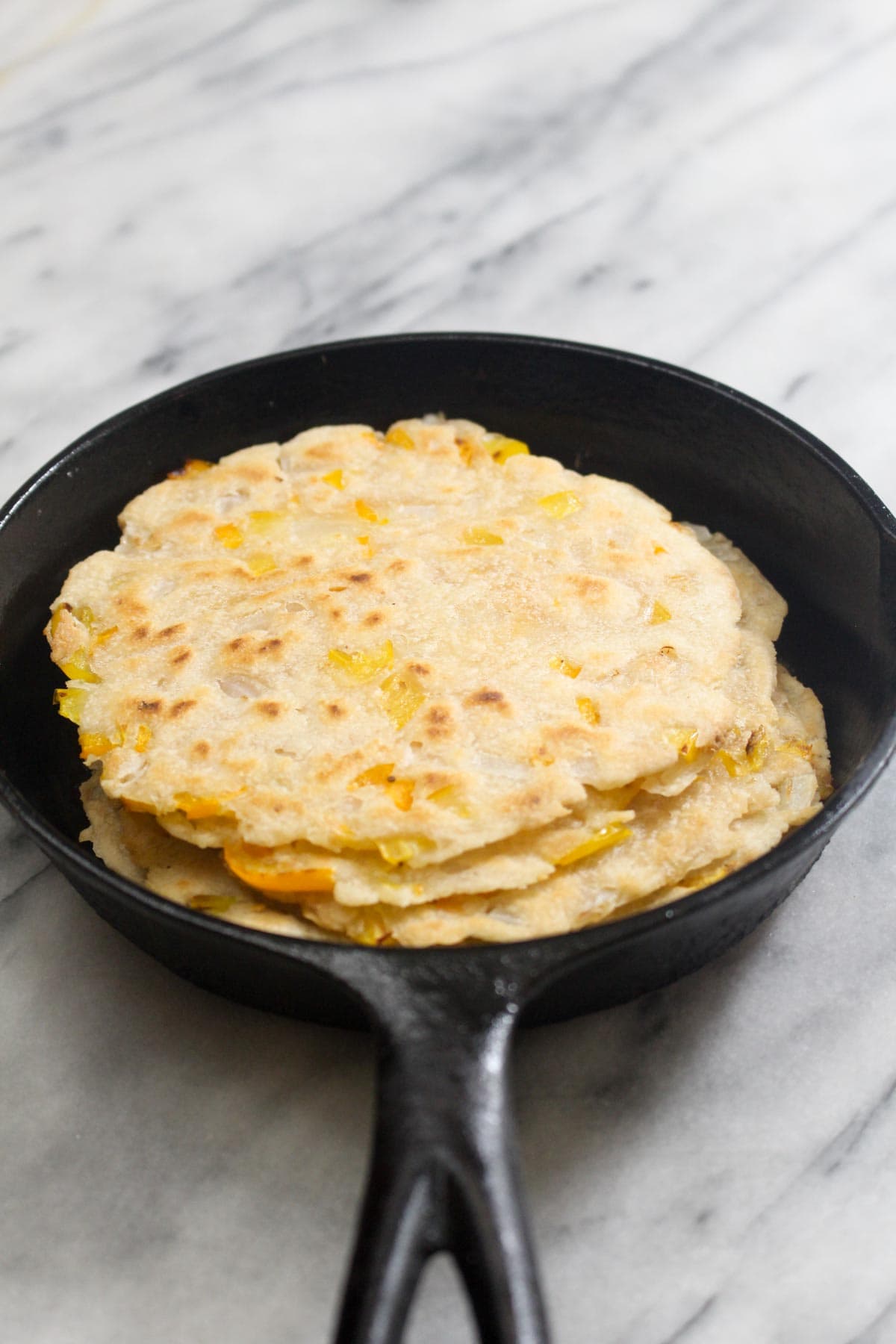 It turns out that it has only one key ingredient. Fresh cassava root. Since fresh casava is a tad tricky to find at our everyday run of the mill grocery store, I picked a close enough alternative: casava root flour. This trendy flour is popping up everywhere. It is grain-free, paleo and baked up like a dream.

With just a little recipe finagling, I was able to create something very similar to the casav I had in Haiti. This Cassava Flatbread is tender, bendable, and super easy to make.

There is one cheat I made with this recipe, I didn’t let it ferment. I started to. I whipped up this Cassava Flatbread and tucked it into the fridge to ferment for 24 hours. I tried to go about my day the normal non casav obsessed person that I am. I distracted myself. I peeked at it in the fridge. I tried to get some work done. Then I finally broke down and stirred in some apple cider vinegar to get that slightly sour flavor without the waiting time and cooked up some Cassava Flatbread. 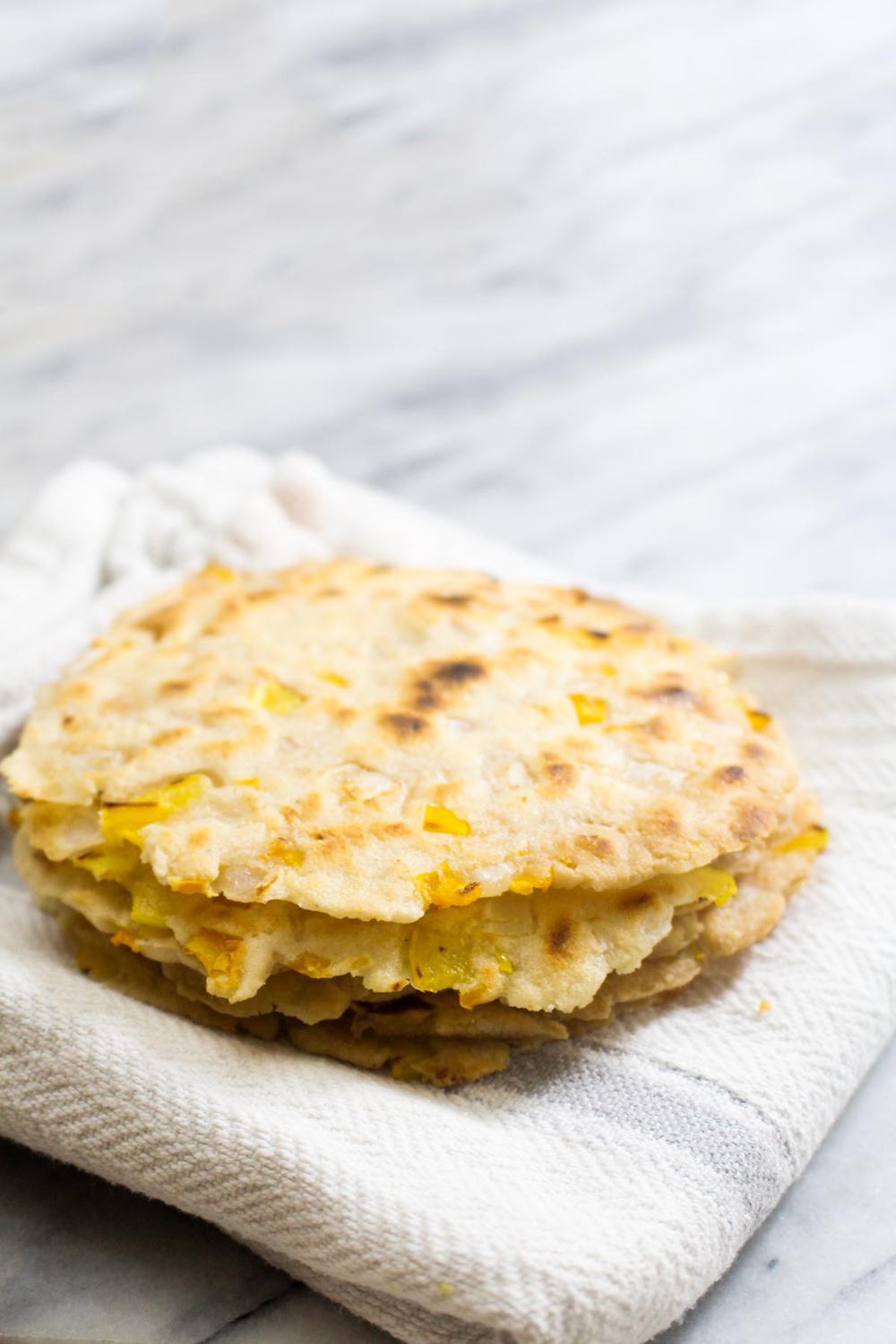 Just don’t smother this one with peanut butter… Unless you’re into that. 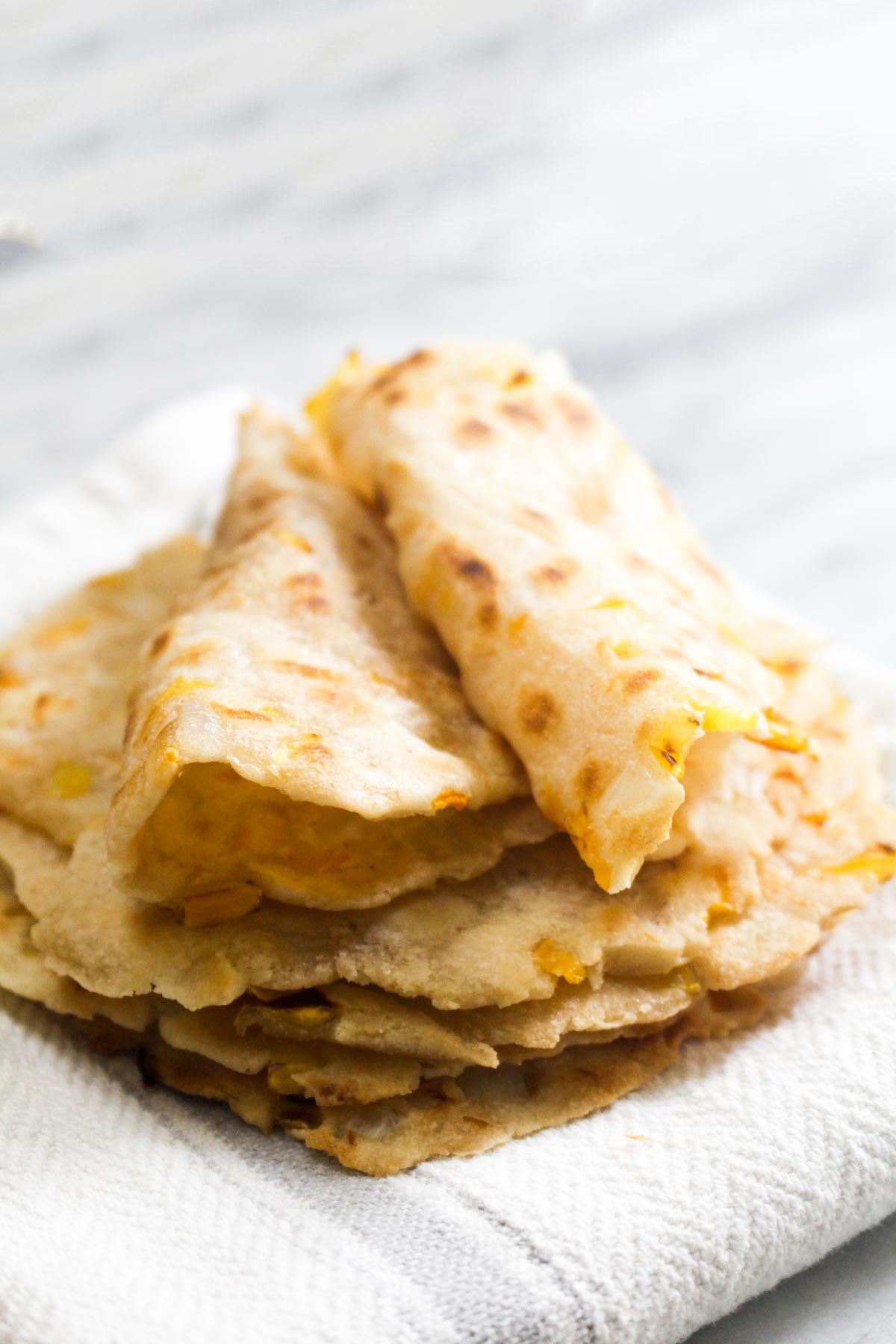 Casava Flatbread is an easy to make grain free and paleo flatbread. It is soft, flexible and full of onions and peppers to give it loads of flavor.

As someone who is passionate about both health and food, I am adamant that eating your veggies doesn’t mean bland steamed cauliflower and boring salads. My mission is to help people eat their nine servings of fruit & vegetables a day and LOVE it! → More About Me