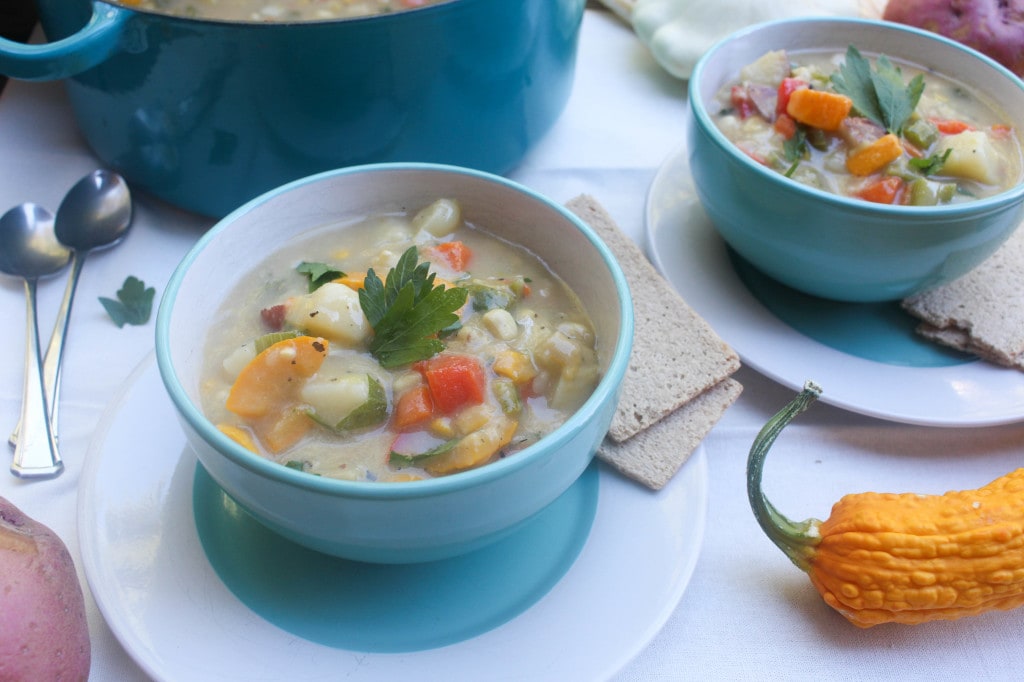 One thing I have become increasingly more aware of these past week are transitions. I don’t know if it is because I am in the middle of one myself, between college student and young professional. My nights are divided between senior year homework and job applications. Some transitions are good, like the transition we all made between the 8th and 9th grades. Goodbye braces and hellooooo contacts! Other transitions can be more of a pain. There is always that stage of living out of boxes in a newly rented apartment. Now, which of these identical brown boxes is hiding my toothbrush? 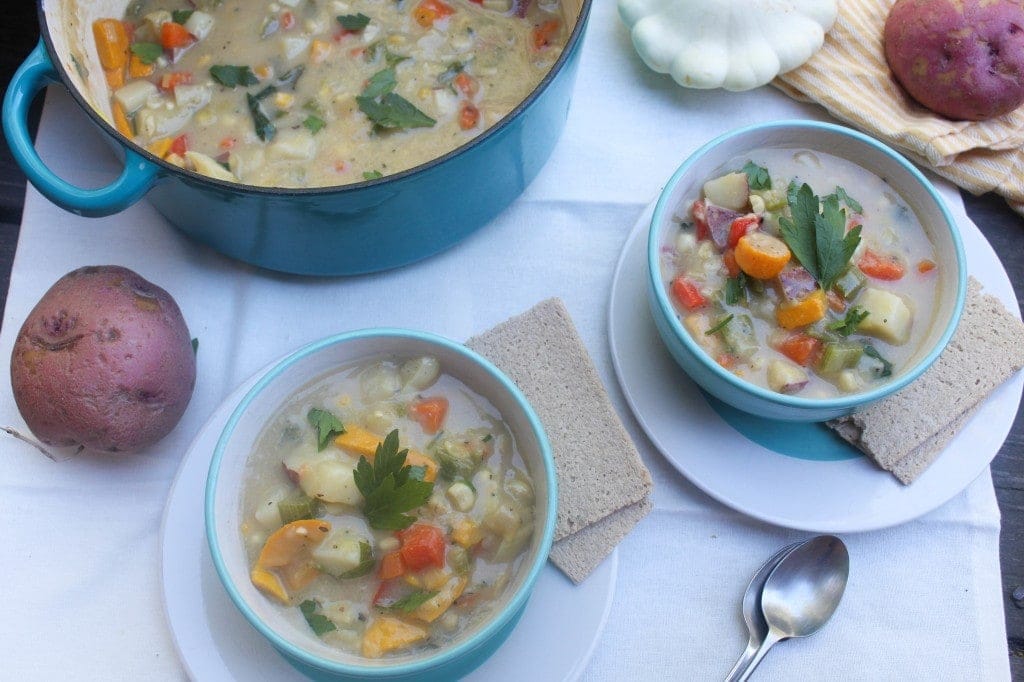 Or maybe I’ve been thinking more about transitions as the seasons are changing. In my neck of the woods the mornings are getting colder, the leaves are a putting on a show that could rival any fine arts museum, and my favorite pair of trusty boots is re-emerging from the recesses of my closet. I have found that this soup is a great accompaniment to the changing of season. It takes the last of summers produce and transitions it to fall. Zucchini and sweet corn make their last appearances in the form of a comforting fall chowder. 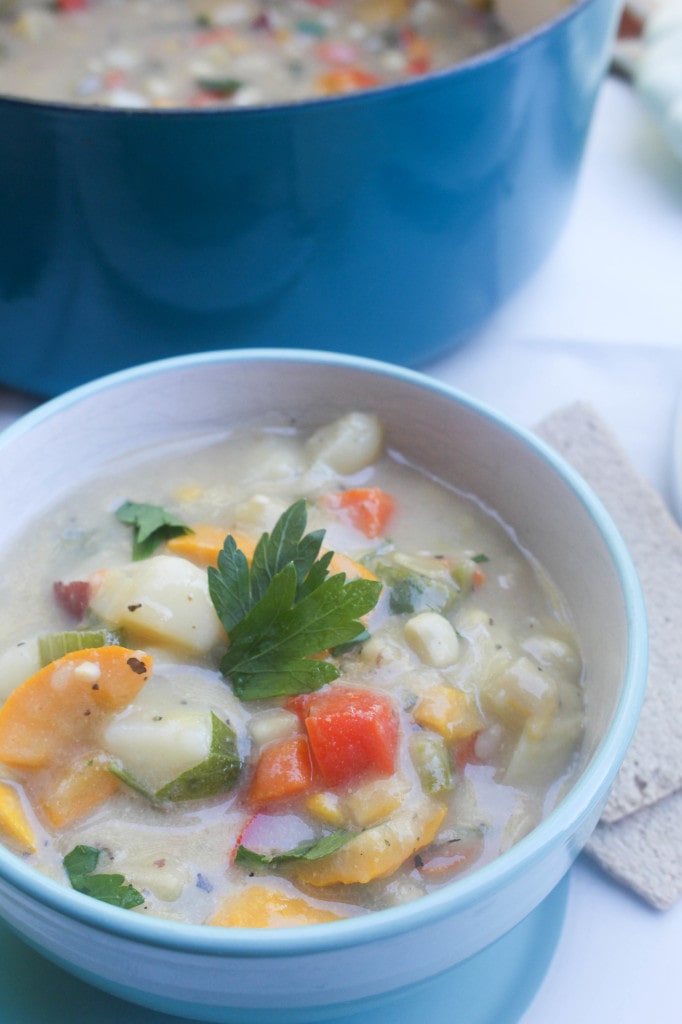 This soup is creamy without any added dairy thanks to what I like to call “the potato trick.” It will become your new favorite way to give soups that super comforting creamy quality, I promise. For the trick a potato is peeled, boiled, and then pureed with a splash of non dairy milk until it is silky smooth. Once the potato puree is added back to the pot, the soup is transformed into creamy dreamy heaven. It’s kinda like magic.

This soup is my go-to way of using up the last of summers bountiful produce.