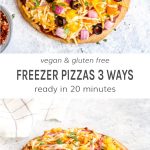 With 3 recipes for Freezer Gluten Free Vegan Pizzas, dinner is ready in 20 minutes! Try an earthy mushroom pie that is loaded with herbs, a sweet and smoky BBQ Hawaiian hybrid, and a traditional delivery-style veggie pizza. 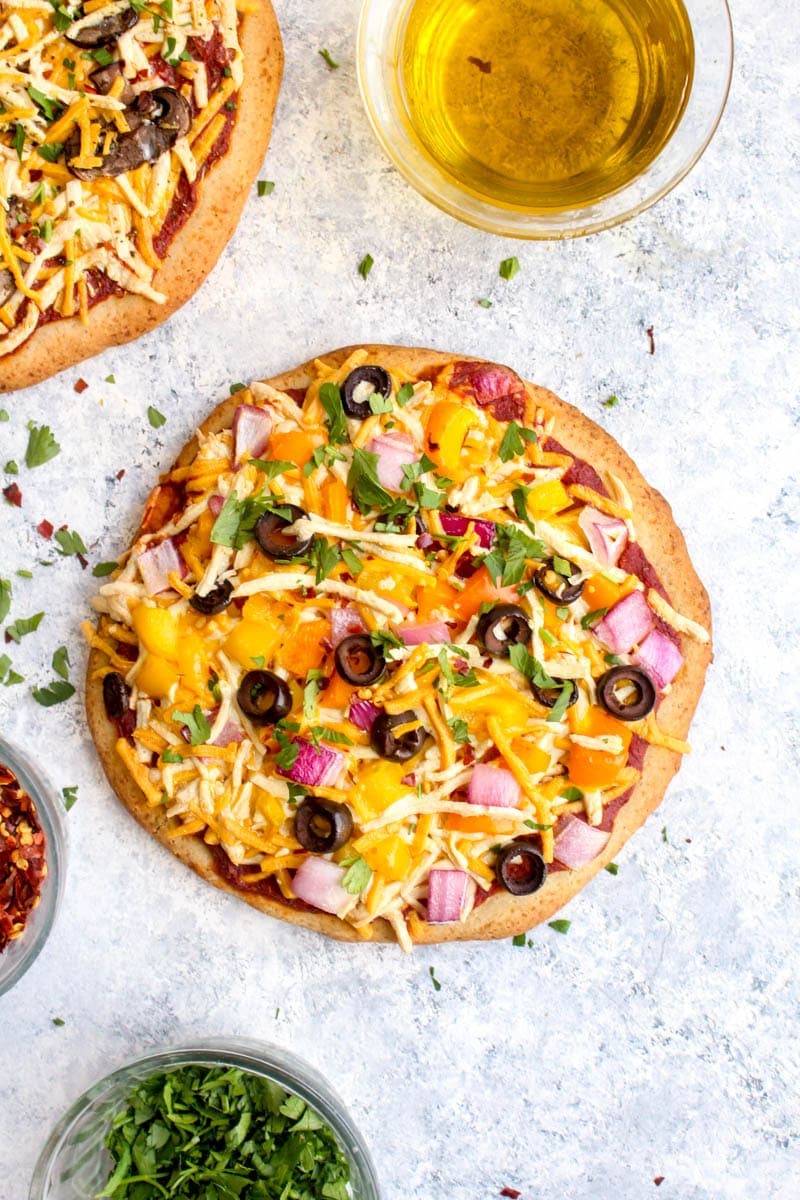 I have been in an all out race recently to get as much work done before the baby comes in March. My goal is to have two months worth of content locked and loaded so that I could take a break when the baby comes and still keep the blog rocking and rolling.

That means in the past two months I have had to tackle 73 posts-worth of recipe development, writing, and photography. Then I got the wild hare to accelerate this schedule and get all that done by the end of February.

Why? So, that I would have more time to rest in the last few weeks before my due date.

Which, to the sane person (aka: you, not me), this sounds crazy, right? Working my buns off and burning myself out at both ends just to have more time to rest later. What about now? And what about that New Year’s resolution I set just a month and a half ago? The one where I decided I wouldn’t determine my worth based on how many items I checked off my to do list? Oh, yeah, that.

So, I hope you will join me and rest when you need it, preferable with a Gluten Free Vegan Pizza, a cozy blanket, comfy couch, and remote in your hand. And oddly enough, this rest hasn’t resulted in me getting any less work done, but I have been slower, less rushed, and putting my feet up when my very pregnant body says to. Funny how that always seems to works.

Now, let’s dive into this Freezer Gluten Free Vegan Pizza. I have to admit, I have already cleaned these out of the freezer. When Friday night comes, it is nearly impossible to resist the siren call of bubbly cheese, a perfect host of toppings, and crispy crust. Especially when all you have to do is pop it into the oven and 20 minutes later dinner is served.

Oh, Freezer Meal February, where have you been all my life?! 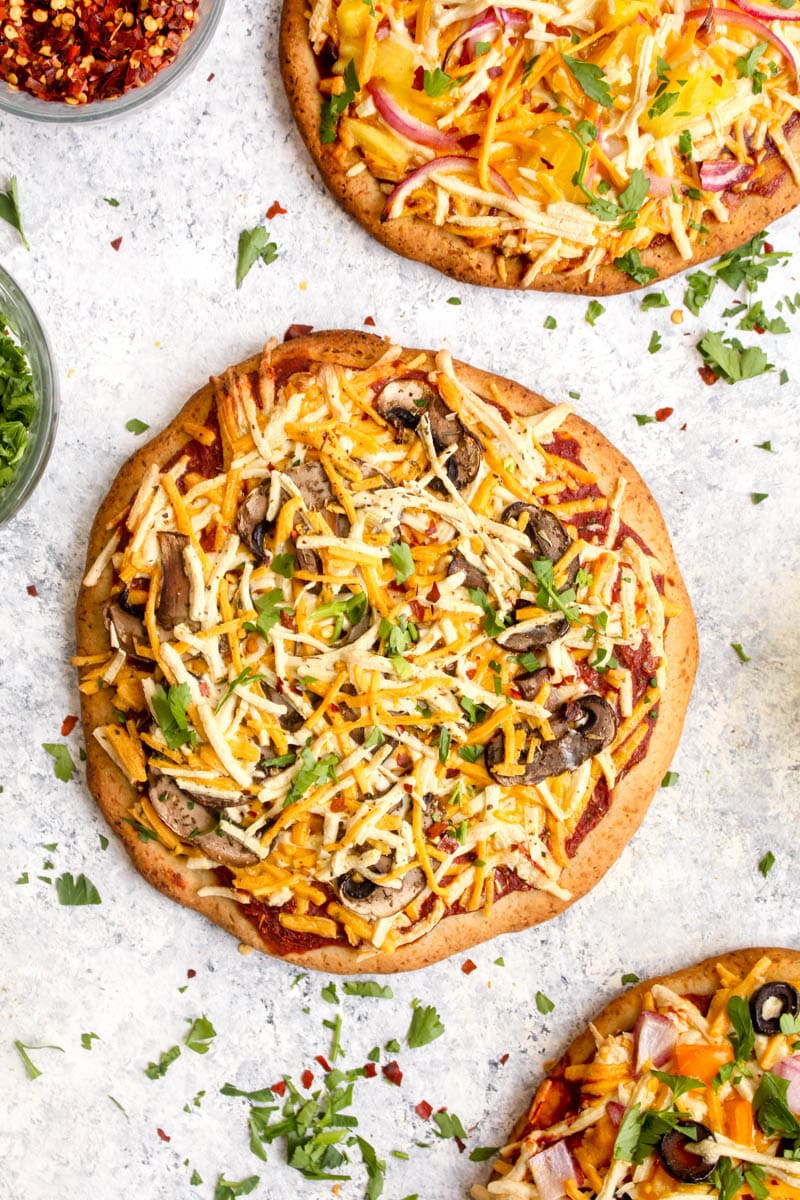 There are 3 different recipes for how to top your Freezer Gluten Free Vegan Pizza that I share below, but feel free to get crazy with the toppings! The crust is your canvas!

But below, you will find the recipes for my three favorite combos. There is an earthy mushroom pie that is loaded with herbs, a sweet and smoky BBQ Hawaiian hybrid, and a traditional delivery-style veggie pizza.

With 3 recipes for Freezer Gluten Free Vegan Pizza dinner is ready in 20 minutes! Try an earthy mushroom pie that is loaded with herbs, a sweet and smoky BBQ Hawaiian hybrid, and a traditional delivery-style veggie cheese pizza.

For all the pizzas:

For the Mushroom Herb Pizza:

For the BBQ Hawaiian Pizza:

For the Loaded Veggie Pizza: