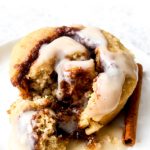 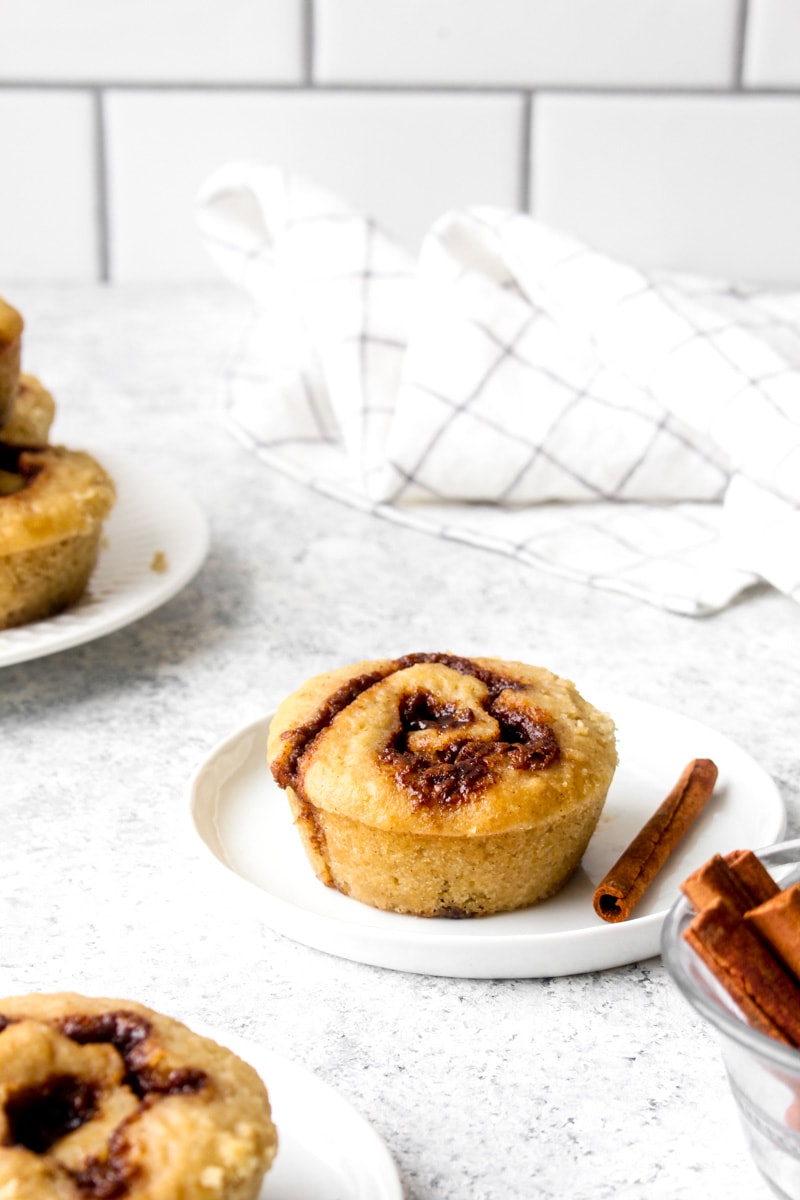 Picture yourself on a slow weekend morning, baking with a warm mug of coffee and some good tunes.

Which leads to a batch of cinnamon rolls that are oozing their sweet and sticky cinnamon sugar filling as you pull them out of the oven. Then smother them with a perfectly sweet and tart cream cheese glaze. They have caramelized edges and almost underdone and gooey centers. 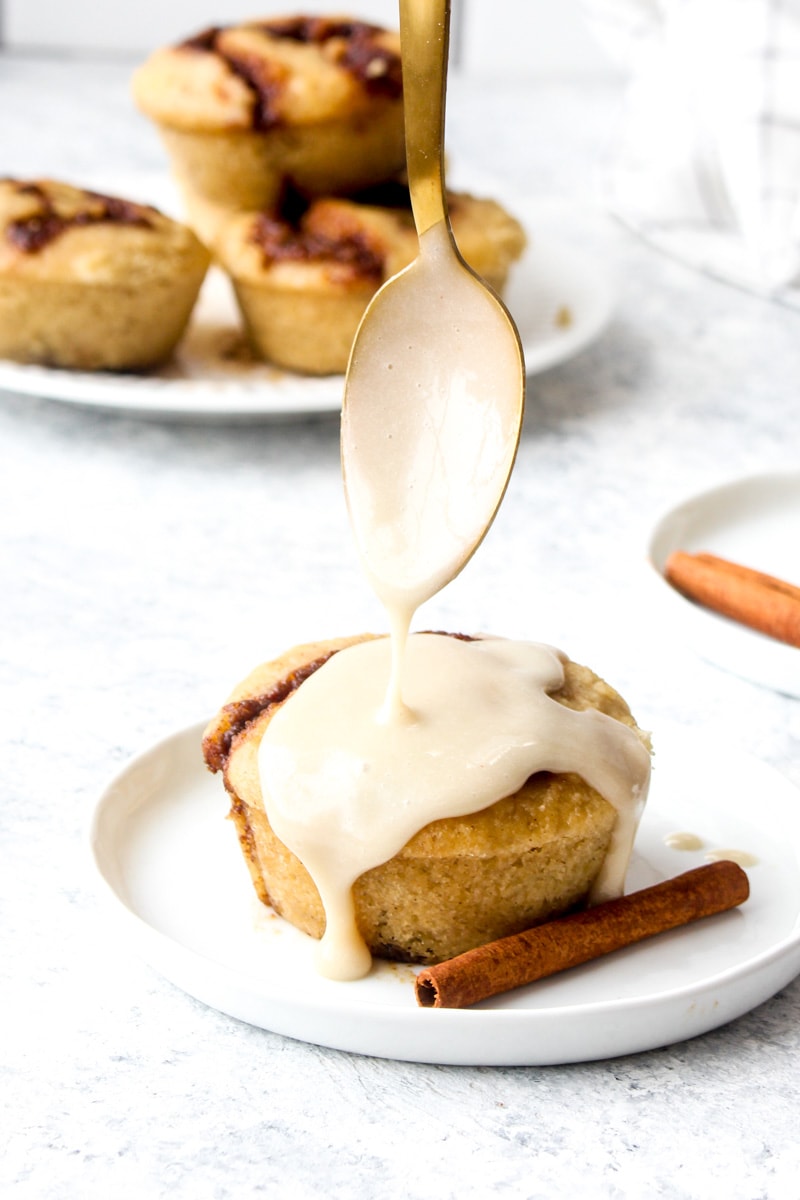 And these cinnamon rolls happen to be GLUTEN FREE but have all the cinnamon bun qualities we know and love.

The dough starts with this pizza crust recipe. Yes, the same one we used to make pizza, garlic knots, and breadsticks now gives us these magic fluffy cinnamon rolls. We add in a little extra honey while making the dough for a sweet roll that gets nice and caramelized in the oven.

Then the filling is as simple as butter, coconut sugar, and lots of cinnamon. And just to make these cinnamon rolls really shine, we whip up a simple 2 ingredient cream cheese glaze to lovingly drizzle over the top. 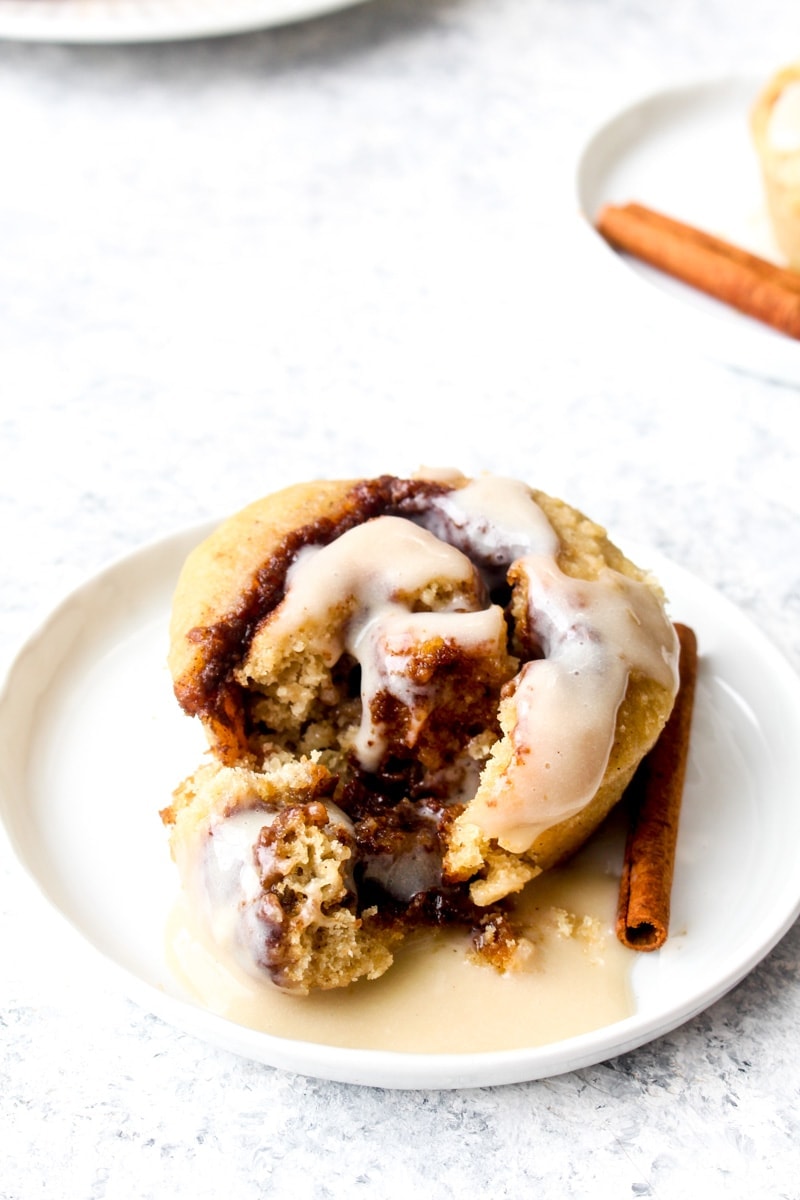 One thing to note here: Gluten Free Cinnamon Rolls are a labor of love. There is mixing, rising, chilling, rising, freezing, baking etc. They are not for the faint of heart nor the best candidate for a quick dessert.

But when the stars aline, when you have a morning to spare and the ingredients on hand, nothing is better than biting into a still warm, perfectly baked, gooey and glazed cinnamon roll.

For the cream cheese glaze: